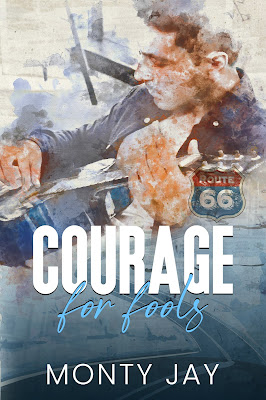 Courage for Fools
by Monty Jay
Date Released: May 20, 2021
About Courage for Fools
Quinn Michelson has lived her entire life on ‘what ifs’ and the hopes of leaving her mundane town in her review mirror. When a sudden discovery changes her perspective of existence, she decides to hit the road in search of the one thing she’s been needing all these years—herself. Ahead of her is nothing but the open road, her agenda, and a famous rockstar?
Rhett Kennedy has a silver lining heart. One that gets him in trouble more often than not. Having lost touch with his music, he doesn’t think twice about bombarding Quinn on her trip of self-discovery.
Rhett is looking for music.
Quinn is looking for herself.
Together, they’ll find laughter, heartache, a little courage and if they’re not careful, the very thing that makes the world go round—Love. 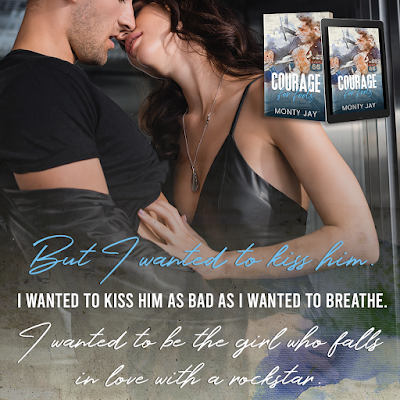 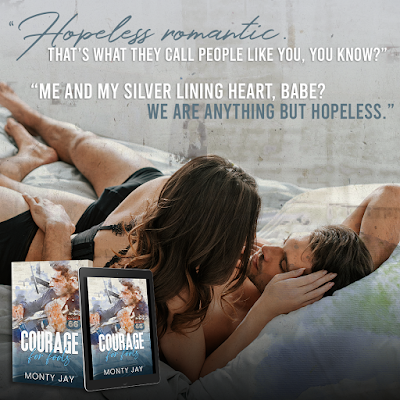 About Monty Jay
Monty Jay likes to describe herself as a punk rock kid, with the soul of a gypsy who has a Red Bull addiction. She writes romance novels about insane artists, feisty females, hockey players, and many more.
When she isn't writing she can be found reading anything Stephen King, getting a tattoo, or eating cold pizza.
Connect with Monty
Facebook | Facebook Group | Instagram | Goodreads | BookBub | Amazon | Newsletter 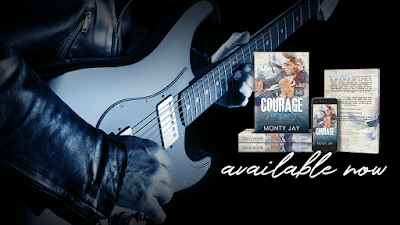