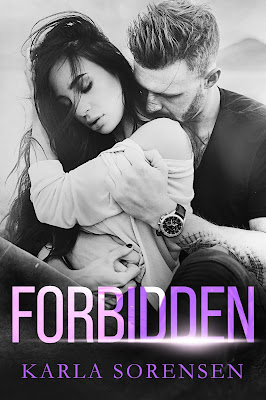 Forbidden
(Ward Sisters #4)
by Karla Sorensen
Date Released: May 20, 2021
About Forbidden
No man has ever been able to rattle Isabel Ward. Until Aiden Hennessy walks in the door of her gym—ownership papers in hand.
The former fighter is a lot of things- a devoted single dad, a widower trying to start over, and a watchful presence that knocks her off her very capable feet.
To make matters worse, Isabel had a crush on him for the entirety of her teenage years. Doodles in her diary, and letters declaring her admiration—while never sent—haunt the absolute crap out of her now that she has to face him every single day.
She’s not the only one affected.
No woman has tempted Aiden to move on from the memory of his wife—until Isabel. But she’s too young, too feisty, too much of everything he should avoid.
Working together makes avoidance impossible, and so is pretending like the blistering chemistry between them doesn’t exist.
Now that the unshakeable woman is shaken and the un-temptable man is tempted, Isabel and Aiden have to decide what they’re willing to risk for a taste of the forbidden. 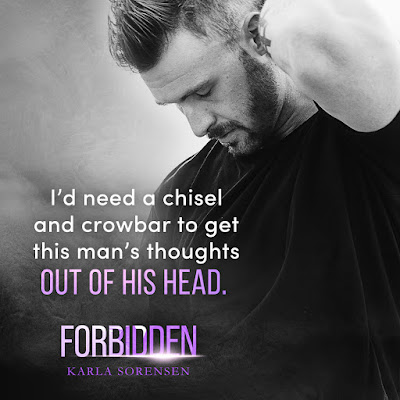 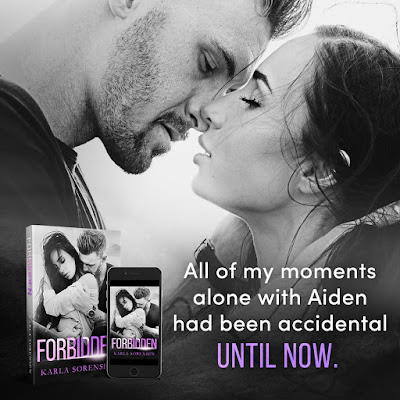 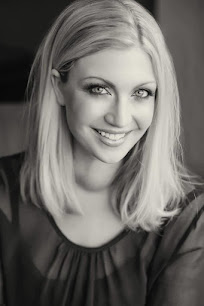 Karla Sorensen is an Amazon Top 20 bestselling author who refuses to read or write anything without a happily ever after.
When she's not devouring historical romance or avoiding the laundry, you can find her watching football (British AND American), HGTV or listening to Enneagram podcasts so she can psychoanalyze everyone in her life, in no particular order of importance. With a degree in Advertising and Public Relations from Grand Valley State University, she made her living in senior healthcare prior to writing full-time.
Karla lives in Michigan with her husband, two boys and a big, shaggy rescue dog named Bear.
Connect with Karla
Website | Facebook | Facebook Group | Twitter
Instagram | Goodreads | BookBub | Amazon | Newsletter 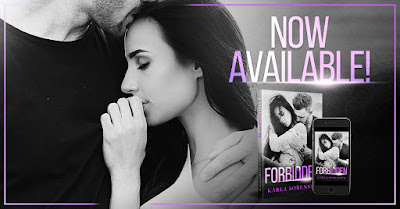