Book Spotlight: The Girl with Stars in Her Eyes by Xio Axelrod 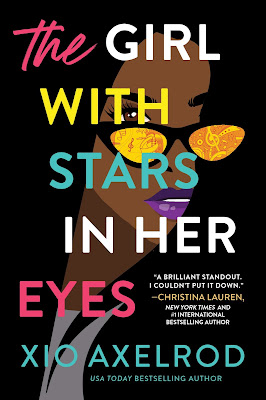 The Girl with Stars in Her Eyes
(The Lillys #1)
by Xio Axelrod
Date Released: May 4, 2021
Sourcebooks Casablanca
About The Girl with Stars in Her Eyes
Her name’s Antonia “Toni” Bennette (yeah, she’s heard all the jokes before) and she’s not a rock star. Neither are the Lillys—not yet. But the difference between being famous and being almost famous can be a single wrong note…or the start of something that’ll change your life forever.
Growing up in dive bars up and down the East Coast, Toni Bennette’s guitar was her only companion...until she met Sebastian Quick. Seb was a little older, a lot wiser, and before long he was Toni’s way out, promising they’d escape their stifling small town together. Then Seb turned eighteen and split without looking back.
Now, Toni’s all grown up and making a name for herself in Philadelphia’s indie scene. When a friend suggests she try out for a hot new up-and-coming band, Toni decides to take a chance. Strong, feminist, and fierce as fire, Toni B. and the Lillys are the perfect match…except Seb’s now moonlighting as their manager. Whatever. Toni can handle it. No problem. Or it wouldn’t be if Seb didn’t still hold a piece of her heart…not to mention the key to her future.

An Excerpt from The Girl with Stars in Her Eyes
The smile on Toni’s face faltered as Seb approached, eyes wide with disbelief. She banged the sharp edge of her guitar case into Jordan’s leg, and he made a pained sound.
Toni winced. “Oh God! I’m so sorry.”
Jordan laughed it off. “It’s okay. Seb has that effect on people.”
Her hair had fallen into her eyes, hiding her from him. It wouldn’t do. Seb itched to reach over and brush it back. After so many years apart, he needed to see her, to look into her eyes. He needed to apologize, though no apology would ever be enough for what he’d done.
As if steeling herself, Toni took a deep breath and raised her head to meet his gaze.
Seb watched as confusion morphed into suspicion before giving way to unmistakable anger, which coalesced white-hot as her gaze narrowed.
After a few moments of awkward silence, Jordan cleared his throat. “Toni Bennette, this is Sebastian Quick,” he said. “Seb, Toni the phenom.”
Lilly nodded to Seb in greeting and pulled Tiff over to the piano, where a pile of headshots lay spread out on its ebony top.
Seb’s heart hammered in his chest. He opened his mouth, but nothing came out. The connection between his brain and his vocal cords had been severed, which was just as well. He had no idea what to say.
“Nice to meet you.” A flush spread across her cheeks, but the ice in her voice sent a chill down Seb’s spine and made his jaw snap shut. Nice to meet you?
Despite the greeting, Toni made no move to shake his hand, clutching her phone in one and her guitar in the other. Her eyes were steely and there was a clear statement in them: I don’t know you. Or, maybe, I don’t want to.
Seb managed to nod. He wasn’t sure how to play this but thought maybe it was best to follow her lead. He owed her that.
Jordan arched an eyebrow as if to say What the fuck is wrong with you?
From his left, Seb could feel Candi’s stare burning into the side of his face. He needed to get his shit together.
“Nice to meet you, too,” he finally said. And kudos to him for not screwing that up. “Nice stuff.”
“Nice stuff,” Candi repeated, mocking his stiff tone. She stuck her hand out to Toni. “You know your shit, missy.”
Toni held Seb’s gaze for a beat before she turned to her, giving her a warm smile as she shook her hand.
“Thanks so much. You’re Candi, right?”
“The one and only,” Candi replied pointedly before dropping her hand and walking over to Lilly.
Again, Toni’s smile faltered.
“Okay,” Jordan said loudly, his eyes still on Seb. He turned to Toni. “We’ll definitely be in touch.”
“That’s great, thanks,” Toni replied, her eyes kind for Seb’s best friend. “I’ll keep my phone charged.”
Jordan gave Seb one last look, sent Toni a little salute, and jogged over to the others.
Seb found Toni studying him again, her expression indecipherable.
Finally, she rolled her eyes with a huff and moved toward the door.
Before he could think better of it, Seb followed. Grabbing the door before it could close behind her, he trailed Toni into the hall.
She was moving fast, giving him a healthy dose of déjà vu.
“Wait up!” He caught up to her in front of the bank of elevators. Seb watched her shoulders rise and fall on heavy breaths.
Despite her distress, Toni’s voice came out even. Measured. Glacial. “You’re the last person I expected to see. Again.”
“Yeah, well…” Seb rubbed the back of his neck.
Slowly, Toni turned to face him, and they stared at each other for a long moment.
Seb couldn’t read her at all. “You sounded good in there. Great, actually.” His words were so fucking inadequate.
“Thanks.”
Now that she was in front of him, Seb floundered. He needed to organize his thoughts. Figure out a way to approach her that didn’t cause her to shoot daggers out of her eyes.
“I, uh… How—?”
The elevator doors opened, interrupting whatever Seb thought he might say.
Lifting her eyes to his, Toni walked slowly backward until she was inside.
“See you around,” she said, dropping her gaze. “Maybe.”
Excerpted from The Girl with Stars in Her Eyes by Xio Axelrod.
© 2021 by Xio Axelrod.
Used with permission of the publisher, Sourcebooks Casablanca, an imprint of Sourcebooks, Inc.
All rights reserved. 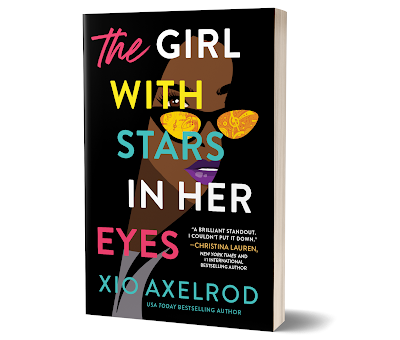 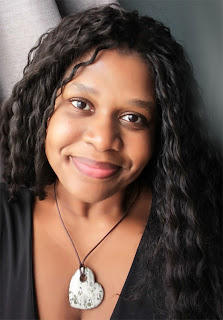 Xio Axelrod is a USA Today bestselling author. She writes different flavors of contemporary romance and what she likes to call, “strange, twisted tales.”
Xio grew up in the recording industry and began performing at a very young age. As a result, her knowledge of popular music is nearly encyclopedic. Seriously, look her up on quiz night. She might even be up for some karaoke!
A completely unapologetic, badge-wearing, fic-writing fangirl, Xio finds inspiration in everything around her. From her quirky neighbors to the lyrics of whatever song she currently has on repeat, to the latest clips from her favorite TV series, SKAM, Xio weaves her passions into her books.
(And if you’re curious about SKAM, ask her about it. Just be prepared to settle in for the long haul.)
When she isn’t working on the next story, Xio can be found behind a microphone in a studio, writing songs in her bedroom-turned-recording-booth, or performing on international stages under a different, not-so-secret name.
She lives in complete denial of the last five minutes of Buffy with one very patient, full-time, indoor husband, and several part-time, supremely pampered, outdoor cats.
Connect with Xio
Website | Facebook | Twitter | Instagram | Goodreads