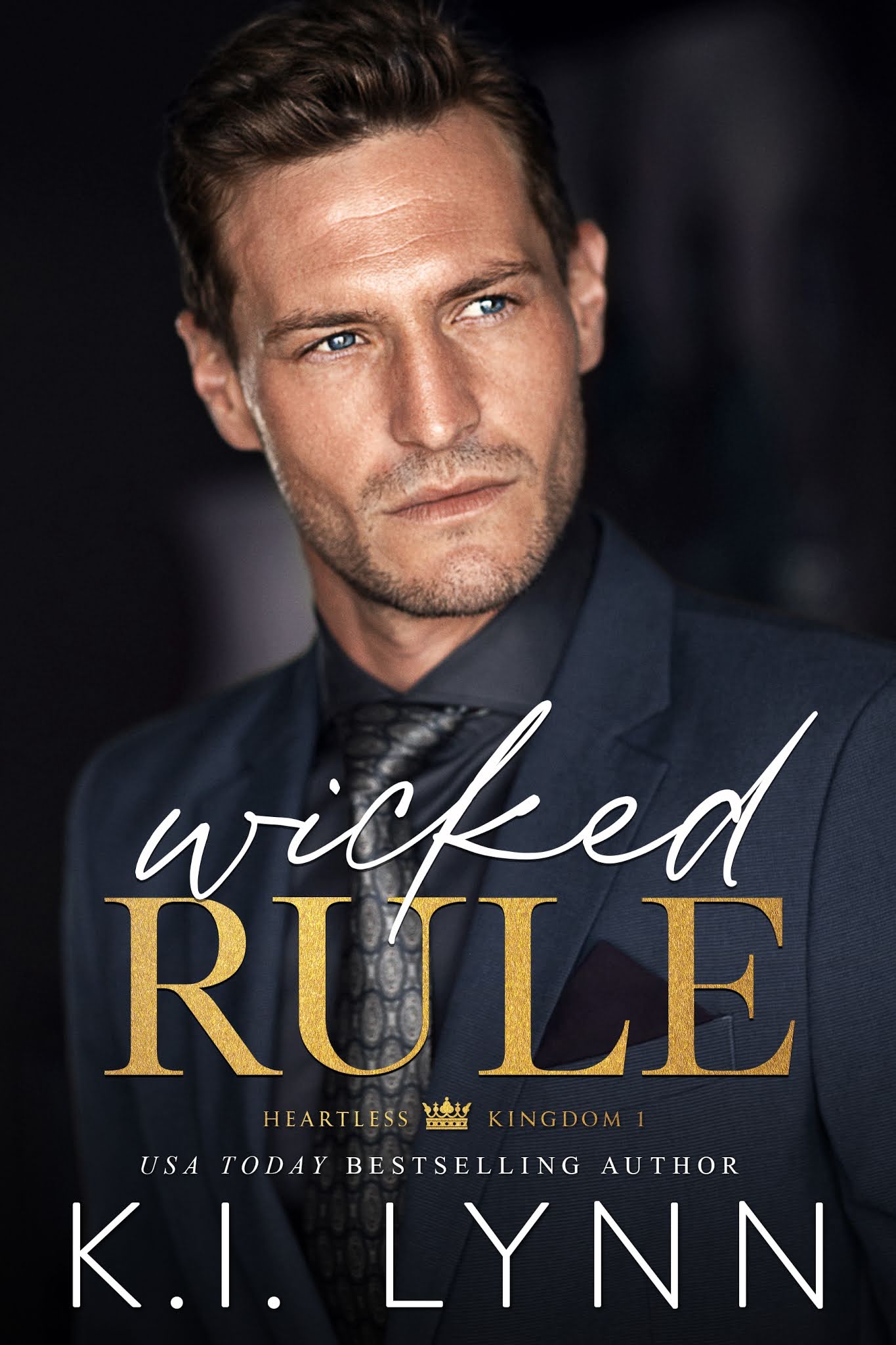 Wicked Rule
(Heartless Kingdom #1)
by K.I. Lynn
Date Released: May 17, 2021
About Wicked Rule
I’m going to make her my queen.
One wedding.
One child.
Five years.
Ten million dollars.
Those are the terms of our contract.
My offer is sound, bold, and necessary. In order to gain my inheritance, I have to have a wife.
She thinks her clause will keep me from having her skin on mine.
She’s very wrong.
The de Loughreys rule the world, and I am their king. I get what I want, and what I want is her.
I’ll have her beneath me no matter what. 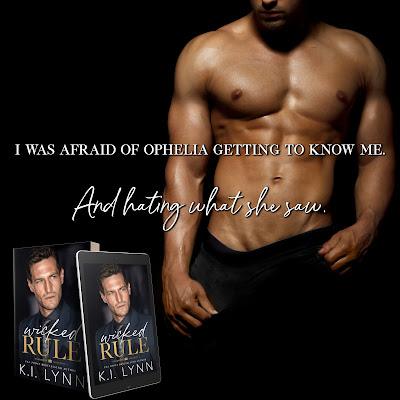 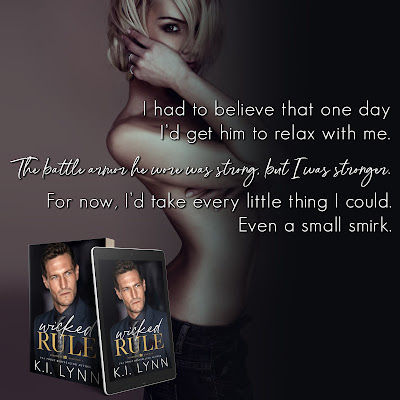 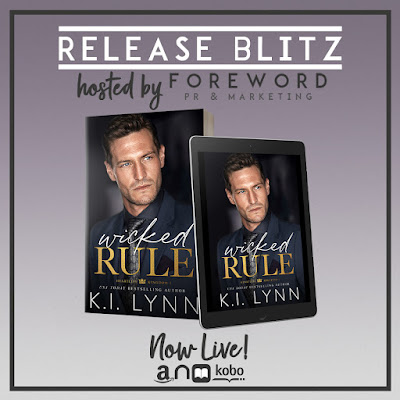