Following the Rules
(Script Club #1)
by Lane Hayes
Date Released: May 7, 2021
About Following the Rules
The geek, the jock, and a new set of rules…
Topher
My friend’s brother needs an academic assistant and I need a job. Problem…jocks are my weakness. Seriously. I lose my ability to speak coherently around muscle-bound hotties. Oh yeah, I lose my inhibitions too—not a good look for a guy with a genius IQ. So what am I going to do about Simon?
Simon
Finishing college isn’t high on my list of priorities, but my future in professional football is looking bleak. I need a plan B or C, and I could use some help navigating life as an undergrad. Topher is perfect. He’s also a little strange…but in a good way. And I like the way I feel when I’m around him—as though anything is possible. Maybe if we follow our hearts, we’ll find what we’re looking for. But that means changing the rules…
Following the Rules is a MM, bisexual awakening romance starring a lovable nerd, a cool jock, and some extracurricular fun. 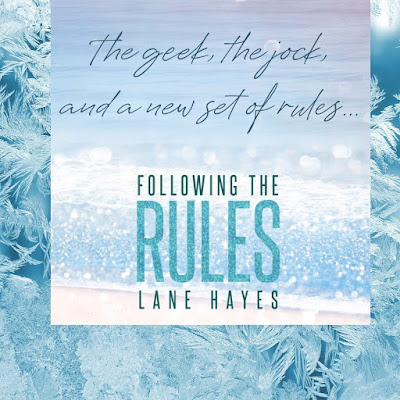