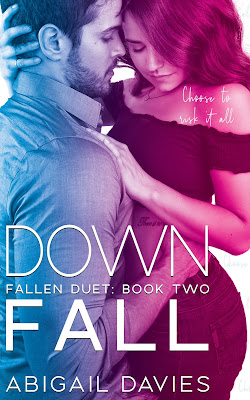 About Down Fall
Life was chaotic and unpredictable; made up of a series of events—a collection of firsts.

Between the murky waters, I’d found salvation. And it was all because of him—the broody alpha who appeared at the time I needed him most.

He promised me things, and showed me the life I could have.
But all it took was one moment to destroy everything.

I wish I could say I wanted to take it all back, but it’d be a lie.
A blatant lie.

He was my biggest downfall, but I’d never regret it.
Choosing him was never an option.
The question was whether he’d risk it all.

Down Fall is book two in the Fallen Duet. The final installment in the two-part, drama-filled, heart-felt, epic love story. 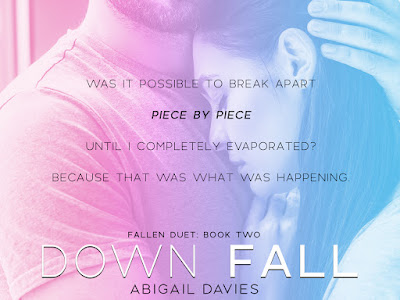 Read my five-starred review of Down Fall.

Add Down Fall on Goodreads.

Find the Fallen series on Goodreads. 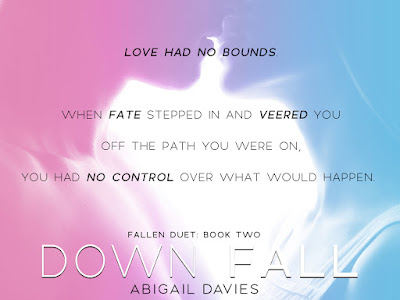