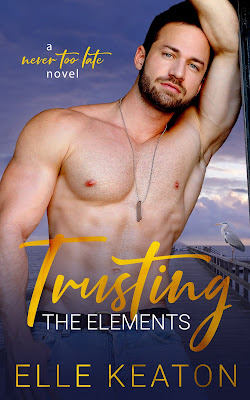 About Trusting the Elements
There’s nothing like a near death car accident to open your eyes. Otto Proulx decides surviving was a sign; he’s being given a second chance to claim the life he wants to live. For the past few years he’s been hiding in the shadows, vague texts from a troubled ex-partner keep him at home along with his general lack of luck in the romance department. This is his last chance, he’s certain, this time he’ll meet the man for him, the one he’s sure is out there somewhere.

Greg Trainor runs a specialty kite shop and helps his friends out when they ask. That’s the kind of guy he is, if somebody needs something, they call on Greg. He’s a big guy and no genius, but he’s dependable. So…yeah, when he sees a car precariously perched on the side of the road, he stops to help out; it’s what he does.

One night of passion leads to…several more and suddenly both men are searching around to define what they have together. Neither wants to scare the other off and neither wants to ask for more. Will the two men be able to set aside their fears and create a family together, trusting the elements are in their favor? 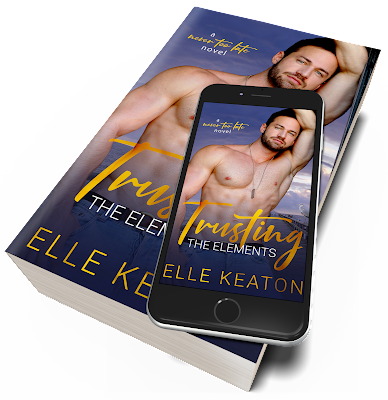 Add Trusting the Elements on Goodreads. 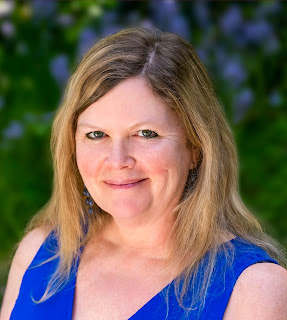 Thanks for stopping by, I’m Elle Keaton and I hail from the northwest corner of the US where we are known for rain, rain and more rain. I write the Accidental Roots series, set here in the Pacific Northwest featuring hot mm romance and the guarantee of a happy ending for my men. They start out broken, and maybe they end up that way too, but they always find the other half of their hearts.

I started writing way back when but only began publishing about two and a half years ago and now have nine books out. Each features a couple in my little universe, sometimes there is added mystery and suspense.

Thank you for supporting this Indie Author,
Elle