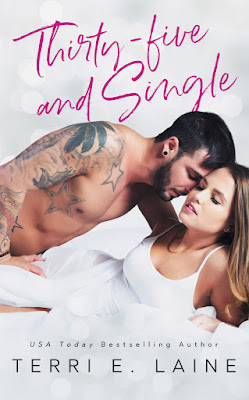 About Thirty-Five and Single
What can go wrong when you’re getting divorced from your high school sweetheart, it's your thirty-fifth birthday and you have too much to drink?

Throw in the gorgeous neighbor who comes to the rescue when you can't seem to open your apartment door after all the alcohol and end up taking a drunken slip and slid across the floor.

Then you look up into his gorgeous face and forget all the reasons why it’s a bad idea to hook-up with said twenty-something neighbor. In fact, it’s a fan-freaking-tastic idea.

Now let the games begin because this is Olivia's life: - interfering sisters, the ex, co-workers… and Joel, her way too sexy, too young, but oh so hot neighbor.

Wanting to explore single life, Olivia fights her growing connection with Joel. Only he’s is determined to prove to her that age is just a number and she’s is his number one. 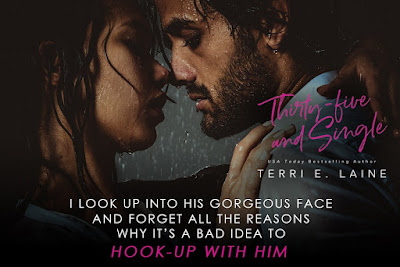 Read my four-starred review of Thirty-Five and Single.

Add Thirty-Five and Single on Goodreads. 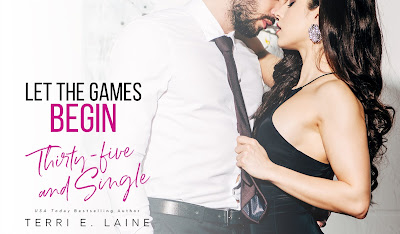 An Excerpt from Thirty-Five and Single
When I meet Joel Matthews, I’m in an unexpected place in life.

I mean who expects that after fourteen years of marriage to your high school sweetheart.

It hits me while celebrating my birthday with my sisters that I’m thirty-five and single. Shouldn’t I finally date someone other than my ex?

I totally deserve that, right?

After way too many lemon drop shots, I’m tricked into trying on my younger sister considerate gift as she put it. Did I mention it’s a gag gift? A “my milkshakes bring all the boys to my yard” t-shirt and velour sweatpants with “Sin-a-Buns” written across my bottom which she finds all too hilarious.

That’s how Joel finds me, too smashed to open my apartment door and when I do, I take a drunken slip and slid across the floor with my Sin-A-Buns on full display.

Joel doesn’t seem to notice. Then again, I swear I heard a chuckle. But no matter, he’s right there to make sure I’m okay as any knight in shiny armor should do.

Okay, where did that come from? Clearly, I’m not in my right frame of mine.

When I look up into his gorgeous face, I forget all the reasons why it’s a bad idea to hook-up with my twenty-something neighbor. In fact, it’s a fan-freaking-tastic idea.

(Ride that pony, girl? Did I really just think that?)

Until I wake in the morning with a delicious ache between my legs and a pounding headache. I’m mature enough not to regret it, but adult enough to realize it can’t happen again.

First—I’m too old for him. He’s in his twenties for goodness sakes.

Second—I’m single for the first time in years. Like I’ve only ever dated one guy.

Third—Shouldn’t I date multiple men before I find the one? Wasn’t that my first mistake?

Only Joel isn’t giving up.

He’s determined to prove age is just a number—

And I’m his number one. 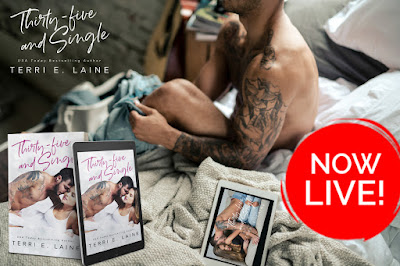 About Terri E. Laine
Terri E. Laine, USA Today bestselling author, left a lucrative career as a CPA to pursue her love for writing. Outside of her roles as a wife and mother of three, she’s always been a dreamer and as such became an avid reader at a young age.

Many years later, she got a crazy idea to write a novel and set out to try to publish it. With over a dozen titles published under various pen names, the rest is history. Her journey has been a blessing, and a dream realized. She looks forward to many more memories to come.