Release Blitz: The Dust and the Roar by Cat Porter 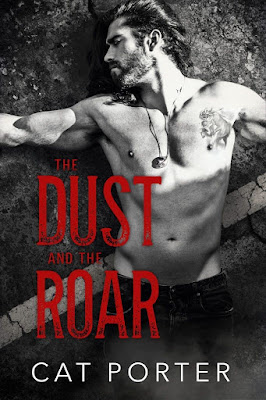 About The Dust and the Roar
Screw the rules.

Army veteran Richie Tallin returns to South Dakota from a disastrous war with nothing to gain and nothing to lose. With no real home, his family in shambles, his dad’s old motorcycle becomes the key to a new life as Wreck, the Road Captain of an outlaw motorcycle club. Now he’s living the life he’s always craved—freedom, good times, loyalty, no regrets, and, hell yes, no rules.

But when he finally gets a chance with Isi, a feisty girl he’s had his eye on for years, everything shifts. As fiercely independent as Wreck, Isi is determined to restart her life and keep her family’s business afloat while she hides a wounded past. She and Wreck light a fire in each other that’s unexpected and wild, and what begins as a casual fling becomes passionate and serious real fast.

But when a war of revenge, payback, and power breaks out, everyone gets caught in the crossfire. Choices are made. Sacrifices that can never be undone. In a crazy 80’s world of drug dealers, rock and rollers, and rival outlaws, Wreck and Isi are determined to hold on come what may.

And come it does.

Few know how the One-Eyed Jacks MC of Meager came to be. And fewer still, how the love of one woman changed the destiny of a small town in the Black Hills of South Dakota forever. 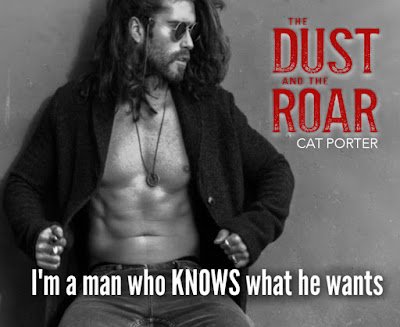 Read my five-plus-starred review of The Dust and the Roar.

Add The Dust and the Roar on Goodreads. 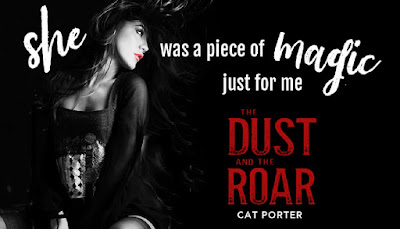 About Cat Porter
Daydreamer, crazy person, a New Yorker who lives on a beach in beautiful Greece. A compulsive scribbler, a lip-biting romantic, an optimist with a twist and a twisted imagination. Obsessed with emotional epics, intense anti-heroes, and bold, determined women. And I don’t want to be cured of any of those. Ever. 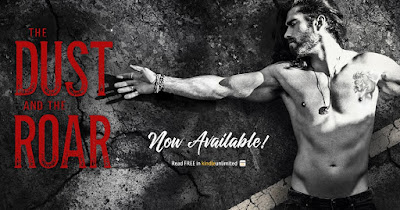