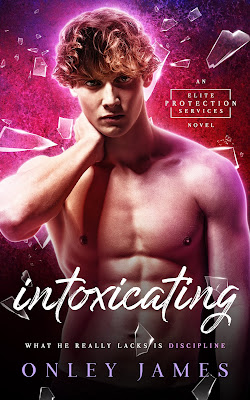 About Intoxicating
Lincoln Hudson has just been handed the easiest job in the world. Babysit the spoiled son of a conservative senator, keep him out of trouble, and receive a six-figure paycheck, a paycheck he desperately needs. Wyatt’s father claims he needs Linc’s firm hand and discipline. One look at him and Linc agrees. Wyatt needs discipline.

Being the closeted gay son of a family values senator has left Wyatt Edgeworth with a reckless streak and a love of partying that just cost him eight months of his life and might cost his father his re-election. So now he has a babysitter. A very sexy babysitter.

Staying together was never an option, but with each passing day, their feelings only grow. Will they risk it all for what’s supposed to be a harmless fling? 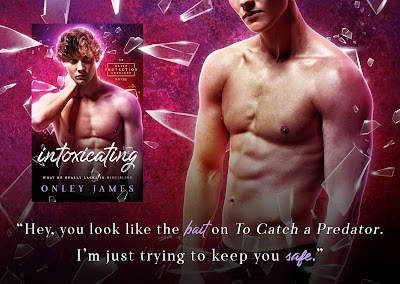 Read my five-plus-starred review of Intoxicating. 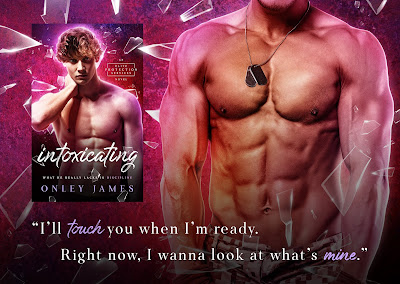 An Excerpt from Intoxicating
He had a right to pout, he assured himself. His balls ached and his cock was hard enough to break a window yet some stupid part of him was still desperate to please his Daddy. If Linc wanted to punish him, Wyatt couldn’t stop him, but that didn’t mean he had to be happy about it.

He was the opposite of happy and it was his right to behave accordingly.

He side-stepped Linc, hitting him with the most frigid look he could muster. “Fine, then I’ll just go take a cold shower… Linc.”

Using Linc’s name was petty, but it gave him a small measure of satisfaction as he sauntered past. Linc caught him by the upper arm, his other hand swatting Wyatt’s backside twice. He bit his lip to keep from moaning, even as his cock leaked, betraying him. Linc spun him back around. “If you need to shower, you can shower with me so I can keep an eye on you. I won’t have you getting yourself off all alone in there.”

Linc snickered. “Oh, you would. Instead, I think you should get on your knees and blow me.”

Wyatt cocked his head to the side, lips pursed. “No.”

“Are you disobeying me again?” Linc questioned, threading a hand in Wyatt’s hair, forcing his head back.

Why did he like this so much? “I’m already being punished. What does it matter?”

Linc grinned, stepping into Wyatt’s space, pressing kisses into his throat and along his jaw. “Do you think I can’t make it worse? I could bend you over this bed and spank your bottom until its raw, jerk myself off while I tell you all the things I would’ve done to you if you’d just behaved, put your cock in a cage, make sure you don’t come again for a week, maybe more. Is that what you want? Me, using you for only my benefit? That doesn’t sound like much fun for you?” 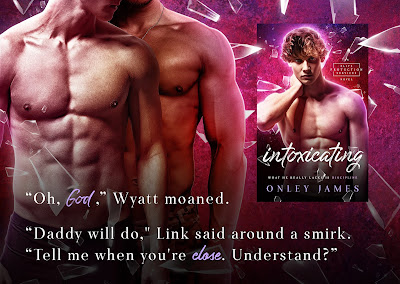 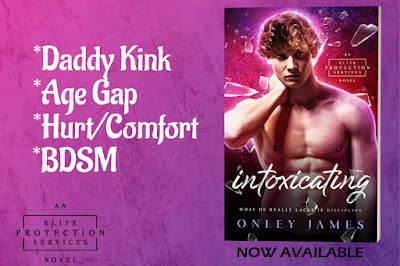 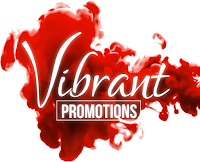