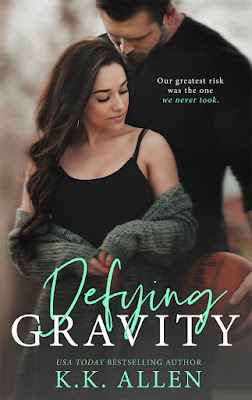 It was an accidental spring fling three years ago, one week in the mountains of Big Sur, and no one was the wiser. Ignore the fact that Tobias James was my neighbor and my best friend’s older brother. Or that upon our return, his hoop dreams were waiting for him, robbing us of any future we might have shared.

Now, I’m fulfilling my own dreams in LA, and my biggest dream of all is about to come true. The last thing I expected was for my past and my present to collide. Not now. Not here. Not him. But he struts back into my life like he never even left. Unfortunately, I’ll never forget what happened the time he did.

The ball is in my court, but Tobias isn’t above stealing—my power, my resolve, my heart. When he wants a second chance to reignite our connection, my answer is simple—we can’t.

Not unless we defy the rules our dreams are built on … and risk everything.

Defying Gravity is a STANDALONE sports romance in an interconnected series. 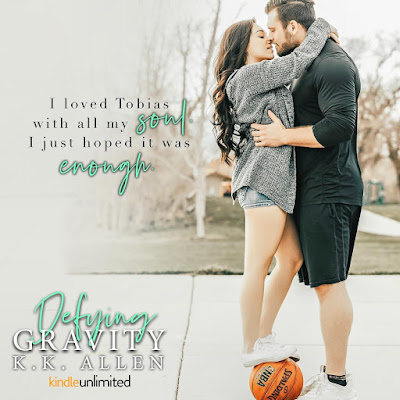 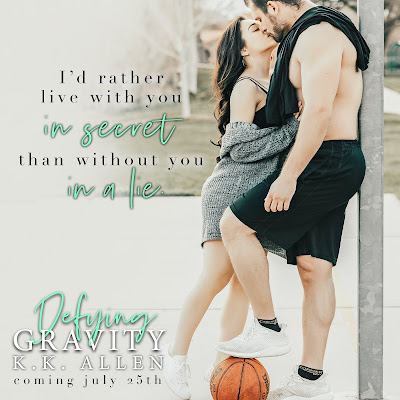 An Excerpt from Defying Gravity
“Where can we find the best view in Los Angeles?”

I had to think about that one. Every trail I’d hiked in the area ended with a gorgeous view, but I didn’t think a hike was what he’d had in mind. That gave me an idea. “Griffith Observatory has some nice views. Not sure how parking is this time of night.” I was still thinking. “Or there’s always Canyon Lake Drive.”

The look he gave me next wrapped a string around my heart and tugged gently. “Somewhere you haven’t been with a dude.”

Forcing back my smile, I grabbed his phone. “Drive. I’ll program the directions so I can enjoy the ride.”

I tried to ignore the pleased look on his face when I blushed at his request, but it was almost impossible to ignore him when I handed back his phone and my fingers accidentally brushed his. Our eyes connected on a beat, the electricity so charged between us that I felt the vibration throughout my body.

We rode the rest of the way in silence, like we both knew the conversation to come was a big one. Besides that, neither of us was a fan of small talk. Maybe that was why we’d always gotten along so well. We preferred hours of comfortable silence to awkward conversation. It made each moment we were together meaningful.

“Almost there,” he said once we were on Western Canyon Drive. “Where should I park?”

“You’ll keep going up the hill. Park on West Observatory Road. You’ll see the line of cars. I usually find a spot up close, but—” I made a face as I looked around his truck. “My car is three times smaller than this.” I grinned at him. “You might want to park about a half mile away.”

He chuckled. I didn’t understand why until he continued driving past where I recommended and almost reached the top of the hill, when he slowed. Just then, like fucking magic, a large truck was pulling out of a parallel parking spot, leaving it vacant.

“You are kidding me.”

He laughed again and parked with ease. Growing up in Malibu didn’t give us many opportunities for parallel parking, but I was certain he’d had his fair share of chances to get it right in Chicago.

I hopped out of the truck just as he made it to my side. “So impatient to hang out with me.”

He rolled his head back, grinning. “You realize there are women out there dreaming about a night just like this, right?”

I hoped he could feel the heat of my glare. “You don’t say.”

His lips pressed together like he was biting back a smile, then he took my hand in his and tugged me forward. “Let’s move. We have to make it before sunset.”

This time, silence didn’t fill our gaps. It dissipated with the first view we encountered before ever reaching the observatory.

“Wow.” I tugged away from him and walked to the balcony of the outlook.

As I stared out over trees and rock mountains, I had an epiphany. Taking Tobias here conveyed an unspoken promise that I’d never shared the same space with another man. I hadn’t even questioned the intimacy of what that meant, because it felt natural, just like everything with Tobias, even when the world was trying to pull us apart.

My choice had always been Tobias, even when he wasn’t around for me to choose. My heart still belonged to him.

A breeze whooshed by, tossing my hair. I breathed into the wind as it continued to beat against me, like the week hadn’t been enough for me to endure. And then strong arms wrapped around me from behind as my insides softened to putty. It had been only a week of knowing Tobias was back in town to stay, and I already knew I was in trouble.

Neither of us dared a word as he held me there, the hills of LA a beautiful sight before us, but it was his touch, his breath, his nearness that stole my focus. We’d never even made it to the observatory, but I knew what his mission was in wanting to take me somewhere with a view.

It was reminiscent of the one we’d shared in Big Sur, and I couldn’t ignore the rush of those memories that surfaced in the moment.

We stood in silence for a long time while Tobias held all of me—physically, emotionally, and metaphorically. His presence grounded me in a way that only my soul could feel. He owned me. All it took was the admission, and for the first time in a very long time, I felt at peace.

Once upon a time, Tobias had called me his moon. His rock. His strength. The one he reached for when the waters got rough. As risky as it was to admit it, I still wanted that to be true.

“Should we keep going?”

I knew Tobias was referring to the observatory, but my response was to a different interpretation of the question. 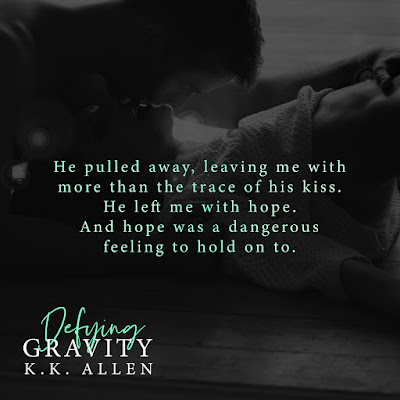 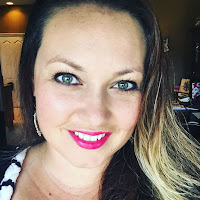 K.K. Allen is an award-winning author and Interdisciplinary Arts and Sciences graduate from the University of Washington who writes heartfelt and inspirational Contemporary Romance stories about. "Capturing the Edge of Innocence."

K.K. currently resides in central Florida, works full-time as a Digital Producer for a leading online educational institution, and is the mother to a ridiculously handsome little dude who owns her heart.