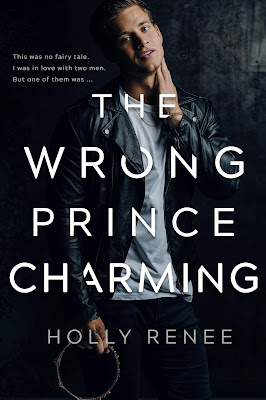 About The Wrong Prince Charming
Every little girl dreams of being swept off her feet by a charming Prince.

But my life was no fairy tale.

And in this kingdom called college, the rules went out the window.

I’d known golden boy, Theo Hunt, was the one for me since we were kids. My heart was his for the taking, but I had become nothing more than the MVP of the campus king’s friend-zone.

Easton Cole was a storm I couldn’t have predicted. He knocked me off my feet and stole my heart. But he was off limits. Not only was he was Theo’s frat brother, but he was the teacher’s assistant in English 101 and I was acing every test.

My heart was torn, my feelings tangled.

Because as soon as I noticed Easton, Theo finally noticed me.

I was in love with two guys, as different as night and day, but I could only have one.

I only hoped I didn’t choose The Wrong Prince Charming. 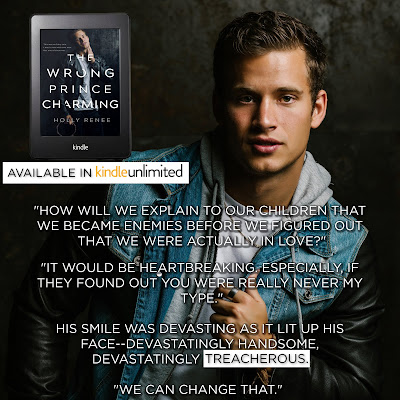 Read my four-starred review of The Wrong Prince Charming. 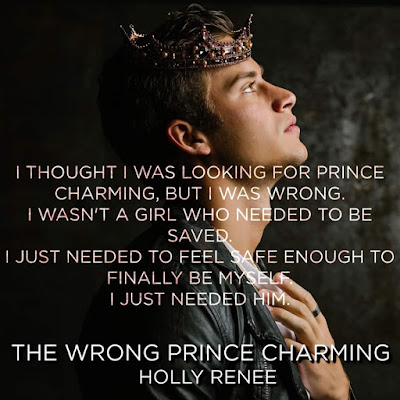 About Holly Renee
Holly Renee is a best-selling author of sexy, contemporary romance, a Harry Potter fanatic, a body positive babe, and a boy mom.

When she’s not writing, you can find her reading all the books, taking long strolls down the aisles of Ulta, or hanging out with her two favorite boys.