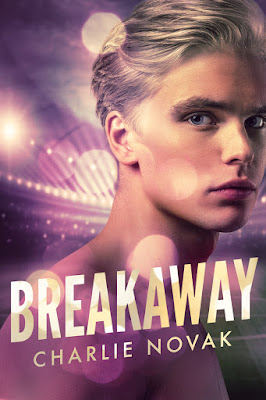 About Breakaway
When your life revolves around a single goal, is there room for love?

Christian King is a rising star in English football. He’s talented, devoted, and on the road to glory. He’s following the path that’s been laid out for him since he was four, and he has no plans to deviate from it. Christian’s life revolves around a single goal—to be the best… until he runs into his first love and former best friend, David.

David Cade is just trying to survive the final year of his PhD intact, while battling long hours, unmotivated students, and the idea that academia might not be for him. But a chance encounter with his first love’s twin sister changes everything, and suddenly David is faced with the realisation that he can’t leave the past behind.

When David and Christian are drawn back together, sparks fly. Soon, Christian is forced to confront his deepest insecurities. Can they break away from their fears for a second chance at true love? 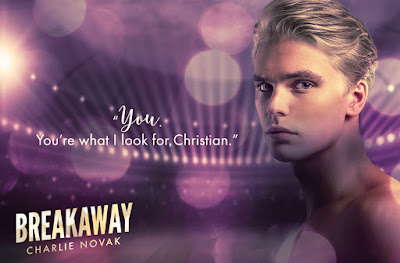 Read my four-starred review of Breakaway. 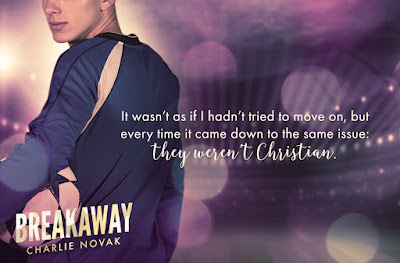 An Excerpt from Breakaway
We were still chatting after dinner, so we took our pudding into the living room, while Christian sang Monika’s praises and practically danced on the spot about being allowed pudding during the week. He’d always had a phenomenal sweet tooth, and I guessed that being a professional player was seriously at odds with his desire for sugar.

“Do you want to watch a film?” Christian asked as he flopped onto the sofa, carefully holding his bowl of lemon tart while searching for the remote.

“Sure,” I said, settling next to him and taking in the details of the room. It was light and airy, with large French doors at one end that I assumed opened up onto the garden, although it was too dark to see. The room was lit with the soft glow of lamps, which gave it a warm feel despite its size. The two sofas were scattered with a large selection of colourful cushions and throws, and in one corner a large television stood on a wooden stand. There was a unit beside it filled with Blu-rays and games as well as random knick-knacks and photos, and I was sure I could see a scattering of trophies in amongst them. I was dying to be nosey, but I also knew that wasn’t polite.

“What do you fancy? I’ve got Netflix and Amazon Prime,” Christian said. He gestured at the unit.

“Or there’s lots of Blu-rays up there. Take your pick.”

“I’ll have a look,” I answered, seizing my chance to satisfy my curiosity. I placed my bowl on the solid coffee table and meandered, over but before I could look at any of the photos, something on the floor behind the coffee table caught my eye.

It was a giant LEGO set, half assembled and spread across the carpet, the carefully numbered bags laid out neatly next to the large instruction manual.

“Holy fuck, is that the Millennium Falcon?” It was still more of a frame than anything else, but the shape was still recognisable.

“Yeah,” Christian said, his cheeks tinting again which made something funny pulse in my chest. “I, um, I like building them for fun. They’re good to take my mind off things, help me focus on being in the moment instead of dwelling on stuff. And I like Star Wars.”

“Do you have others?”

Christian nodded, chewing his lip and smiling. “I built the Death Star in the spring. That was fun, but it took hours. It’s upstairs so I don’t knock it over.”

My inner geek was dancing. I’d always loved Star Wars, and Christian and I had spent hours watching them as kids. My mum had even taken the two of us to see Revenge of the Sith for my birthday. As an adult I’d always longed for a couple of these sets, but they were so fucking expensive I’d never imagined getting one. I mean, this Millennium Falcon kit was worth nearly seven hundred quid.

“Can—can we build it now?” I asked, trying not to hold my breath.

“Really? I mean, you’d be interested in that?” There was a note of astonishment in Christian’s voice, while mine was barely controlled excitement.

“Of course! I’ve always wanted to get my hands on this.”

“Okay,” Christian said with a nod. “Let’s do it. Do you want to put a film on in the background? Maybe The Force Awakens? I haven’t seen it in a while.”

Ten minutes later we were sitting on the floor, the opening credits of the film playing in the background while Christian talked me through what he’d done so far. It was obvious that he took his building seriously, and I had to admit it was adorable. After my pep talk, he handed me a bag and showed me the instructions he wanted me to follow.

“You know, I’m sure there’s a terrible joke about inserting things somewhere in there,” I said, watching the way Christian’s face flushed as my words filtered through.

“Me neither, I’m not good with words.”

“I find that hard to believe—you’re doing your PhD.”

“Nah, that’s all smoke and mirrors,” I joked.

“So, tell me more about your work,” Christian said, picking up his own pieces. “I don’t know much about academic stuff beyond what Lily’s told me.”

I smiled, opened my bag, and began talking. And I didn’t stop. Well, not until the early hours of the morning. By that time, we’d covered my degree, Lily, our mums, the Champions League, and the new Star Wars and Marvel films. The only thing we’d avoided discussing was our relationships, but I figured that was because neither of us had much to tell. Plus, talking about new partners with exes is one of those weird grey areas I’m pretty sure you’re supposed to avoid.

With every word, I could feel Christian slotting back into my life like he’d never left, but at the same time, this wasn’t the same Christian as before. It was a new version—older, smarter, and sweeter. He was driven and determined and had a desire to know as much as he could and actually seemed interested when I spent another hour talking about my work. He talked non-stop about how proud he was of Lily and how much he loved her, and he was so endearingly serious and charming that I couldn’t help but be bowled over by him. And he was so disarmingly handsome that every time he smiled or chewed on his perfect, pink lips, the hot ball of desire in my chest burnt hotter and hotter until it felt like there was a supernova inside me.

I couldn’t remember the last time I’d felt this way about anyone.

It had probably been six years. 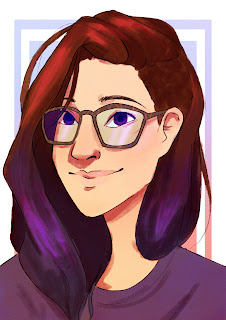 Charlie Novak lives in England with her husband and a severe lack of dogs. She spends most of her days wrangling other people’s words in her day job and then trying to force her own onto the page in the evening.

She loves cute stories with a healthy dollop of angst, even more fluff, plenty of delicious sex, and happily ever afters – because the world needs more of them. Charlie also believes that love comes in all shapes and sizes.