Release Blitz: The Night We Met by Beth Rinyu 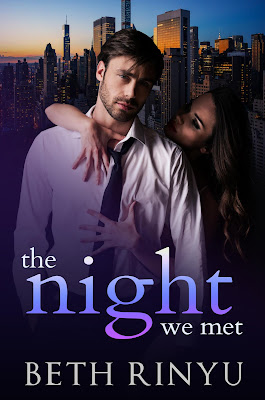 About The Night We Met
I’ve always been three things: Loving daughter, devoted sister, and cynical romantic. Okay, maybe not always the last one, that didn’t happen until my ex-boyfriend cheated on me, and not with just anyone…my best friend.

One year later, and I’m over relationships, only interested in the occasional one-night stand. I don’t fall in love with them, and I don’t expect them to fall in love with me. I won’t be waiting around for their call or stalking their social media—until I discover that one of my little trysts indirectly holds my family’s fate in his hands. So, with a little convincing from my older and much wiser sister, I break my own rules for the sake of my family.

He’s the exact opposite of me: Serious, detached and arrogant. Did I mention that he looks like he should be on a billboard for a cologne ad in the middle of Times Square, or the sexy way he botches up my name in his German accent? Well, he does…but I refuse to relent, remaining committed to my plan. Strictly business, no emotions involved, and nobody will get hurt…until nobody turns into somebody I find myself needing more than I ever thought possible.

What do you do when a one-night stand turns into so much more than you bargained for? And how do you stop one lie that’s getting bigger each time you’re with him from caving everything in around you? I know in the end someone is going to get hurt, but I’m powerless to stop it. And for him…I think I may be willing to have my heart broken all over again. 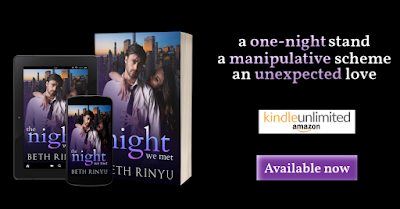 Read my five-starred review of The Night We Met.

Add The Night We Met on Goodreads. 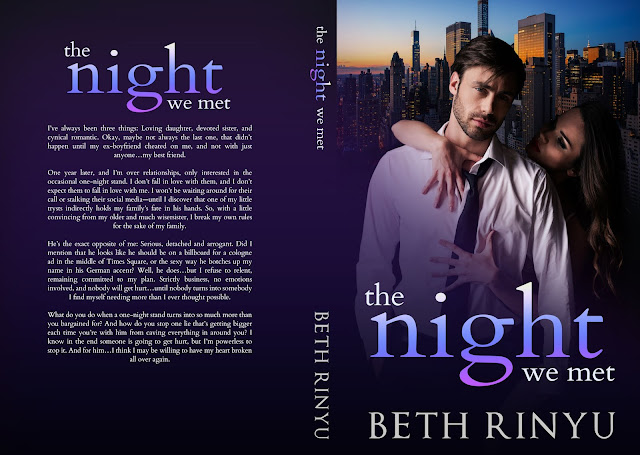 The Night We Met Trailer

Ever since I can remember, I have always enjoyed Creative Writing. There was always something about being able to travel to a different place or become a different person with just the stroke of a pen—or in today's world a touch of the keyboard. I love creating deep characters who you will love or love to hate.

My life is not as interesting as my books or the characters in them, but then again whose life is? My happy place is a seat by the ocean with my feet in the sand or on the busy streets of New York City. You will more than likely find one of these places as the setting for most of my books.