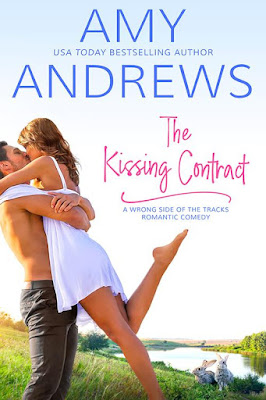 The Kissing Contract
(Wrong Side of the Tracks #1)
by Amy Andrews
Release Date: July 15, 2019
Entangled Publishing

About The Kissing Contract
Marshall Dyson wants one thing and one thing only: to raze his grandfather’s island to the ground. Everything is ready to go—except for the freakin’ bunnies! Hundreds of the furry critters hopping about and multiplying before his eyes. And then there’s the American Bunny League, along with one distractingly beautiful veterinarian, taking him to court to save them...

Dr. Augusta “Gus” North can’t believe the grumpy—and annoyingly hot—builder she’s facing in court cares more about demo-ing some cabin than the lives of 200 bunnies. But when the judge orders Marshall to stay on the island and help her rehome the rabbits—the entire month—she knows they’re going to need to lay some ground rules.

Like, for example, absolutely no kissing. Might as well go ahead and get that in writing. Sure it’s on a napkin, but that still counts.

How hard could it be to keep their hands off each other amidst all the fighting? Surprisingly, harder than wrangling 200 bunnies... 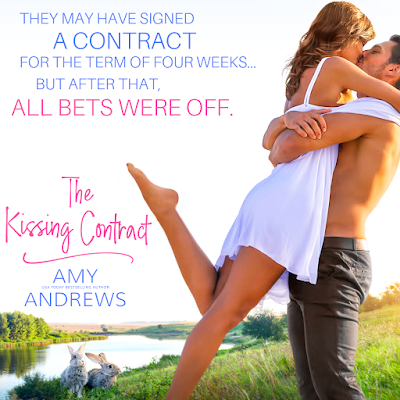 Add The Kissing Contract on Goodreads. 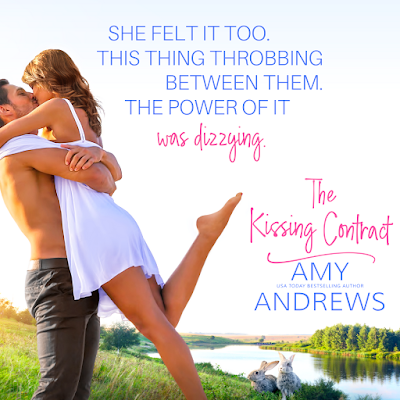 An Excerpt from The Kissing Contract
He could operate a fucking crane. There was no sensitive in the seat of a thirty ton crane.

“What are you even doing there?”

Now that was a good question. If Marshall was honest, he didn’t really know. But he sure as shit wasn’t going to admit that to his brother.

“Yeah. But that got delayed. Remember?”

If anyone, other than another lawyer, had ever had any success in arguing with a lawyer, Marshall hadn’t met them. “Thought I’d be here for when the ABL people arrived on Monday.”

“To throw a welcome party?”

“They’re rescuing rabbits, Marshall. What in hell do you think they’re going to get up to?”

“I want to make sure they’re being efficient.”

That sounded better. Marshall wanted this done. Over. He wanted his grandfather expunged from this island. He couldn’t expunge him from all existence but he could remove every last trace of his presence here.

And he wanted it done yesterday.

“So, what? You’re going to oversee the project or something, now?”

“No.” He didn’t have time for that. But...Maybe he did have time given that he’d cleared his schedule for starting work on this job quite some time ago?

“I just want to get a feel for them.” 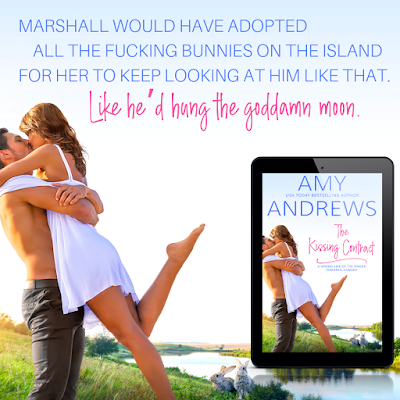 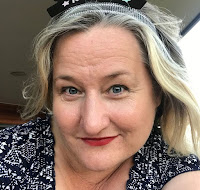 Amy Andrews is an award-winning, USA Today best-selling Aussie author who has written seventy contemporary romances in both the traditional and digital markets. Her books bring all the feels from sass and quirk and laughter to emotional grit to panty-melting heat. She loves frequent travel, good books and great booze although she’ll take mediocre booze if there’s nothing else.

For many, many years she was a registered nurse. Which means she knows things. Anatomical things. And she’s not afraid to use them! She’s just moved back to her central Queensland roots taking a sea change in the pretty little coastal town of Yeppoon where she gets to stare at the ocean all day.