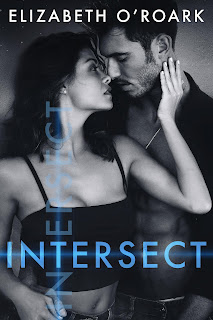 The wait between Parallel and Intersect may have been a mere couple of weeks, but when you're left hanging with the doozy of a cliffhanger in the first week, then those two weeks can feel like forever. Fret not because Elizabeth O'Roark repays her readers' patience with a sequel that doesn't merely offer up answers but keeps everyone guessing up till the very end. Nick Reilly and Quinn Stewart have the odds stacked against them, but come hell or high water, Nick has no intention of being apart from Quinn. But it's neither hell nor high water that's about to make things difficult for these two erstwhile lovers. It's a race against time as Nick and Quinn desperately search for answers. Digging into their shared past brings with it the realization that there was more going on than either of them may have initially thought. In hopes of preventing history to repeat itself, Quinn will have to rediscover her gifts. That means, however, revealing something that she believes will cause Nick to see her differently--and not in a good way. But in order to win the ultimate battle for their love, they'll have to fight together and for each other.

I can't really go too much into the story, but I will remind you that you need to read the books in this duet in order. So, that means Parallel before Intersect because neither one works without the other. Nick and Quinn's tale is that of true and fated love and how it ultimately finds a way. This is a paranormal romance and Elizabeth O'Roark's done a more than commendable job with an original story that sucks you in from the get-go and has you engaged from the first book to the last one. This also has a pair of main characters that share one heck of a connection--one that may seem improbable, but it reminds you that with love, nothing is ever truly impossible. These two books were my introduction to O'Roark's writing, and she's clearly shown that she's a force to be reckoned with. Her story has complexities to it but with a very simple core message of love finding a way for two people meant to be together. She's also now gotten me curious about her back list because it seems to me that I've been missing on a whole lot, so I'll definitely be checking out the blurbs for all of those titles there soon. Intersect receives five stars. ♥

Read my reviews for the Parallel series: