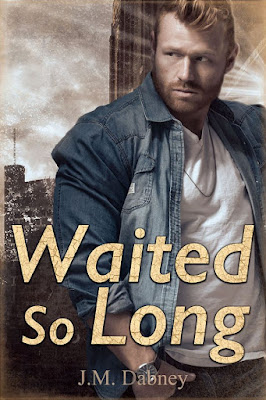 About Waited So Long
What happens when your best friend’s son comes home and he’s all grown up?

Devon Hoffman has a secret. He’s wanted a Daddy all his own, but when you’re pushing fifty, you’re completely over the hill.

Newly divorced and trying to be single again after an almost thirty-year relationship, he’s lost and needs someone to ground him. Except he’s anxious and his depression intensifies until Bern returns after leaving the service and the younger man suddenly takes an interest.

Can he let his guard down and risk losing his best friend or should he do whatever is needed to keep his secret safe? 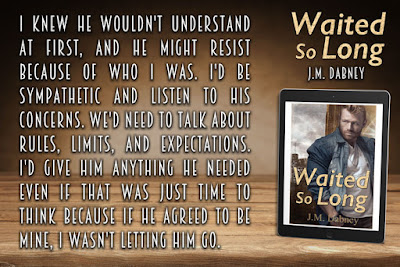 Read my 3.5-starred review of Waited So Long.

Added Waited So Long on Goodreads. 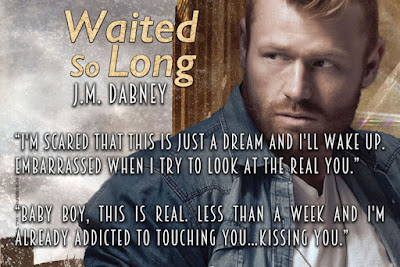 An Excerpt from Waited So Long
I locked myself in my house and went to take care of emails and study my itinerary. I could retire, but what would I do with myself? At least work kept me busy. It distracted me from the loneliness. I worked because I had nothing left.

I took a seat at my drafting table as I worked on the new design for my client. His steel monstrosity would clash with everything around the building. It was a showpiece that had no more value than broadcasting his wealth. Once again, my brain went back to wondering if it was time to retire, maybe working for myself, but I felt I was too old to start over. All I felt was doubt and insecurity.

When I was younger, I’d felt confident and fearless. Every day was ripe with possibility, and now I weighed everything by what was expected of me. I felt as if my life was over with; I wasn’t even fifty and hopelessness weighted me down. When I looked in the mirror, I could only see what I was and not what I could be. That, out of all the recent events, was the hardest reality to accept. I viewed myself through a skewed lens Lawrence had shaped.

My fantasies were still a cause of shame just as they were for the past thirty years. I’d forbidden myself from demanding what I wanted because what would people think when they knew the real me. The person who existed beneath the façade. The respectable architect in a small suburb who was just a shadow of his former self.

I was a middle-aged man with silver-streaked hair and a belly, who dreamed of the impossible. I tossed my pencil aside and got up. My mind wasn’t in it, so a shower and early to bed. Tomorrow was a new day. 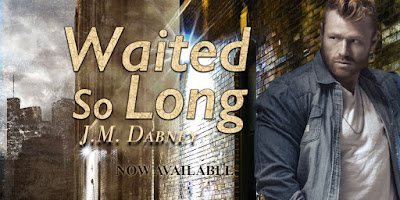 J.M. Dabney is a multi-genre author who writes mainly LGBT romance and fiction. They live with a constant diverse cast of characters in their head. No matter their size, shape, race, etc. J.M. lives for one purpose alone, and that’s to make sure they do them justice and give them the happily ever after they deserve. J.M. is dysfunction at its finest and they make sure their characters are a beautiful kaleidoscope of crazy. There is nothing more they want from telling their stories than to show that no matter the package the characters come in or the damage their pasts have done, that love is love. That normal is never normal and sometimes the so-called broken can still be amazing.