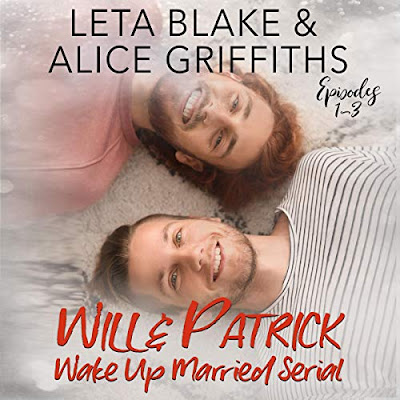 About Will & Patrick Wake Up Married Serial
Episode 1: Will & Patrick Wake Up Married
After a drunken night of hot sex in Vegas, strangers Will Patterson and Dr. Patrick McCloud wake up married. A quickie divorce is the most obvious way out—unless you’re the heir of a staunchly Catholic mafia boss with a draconian position on the sanctity of marriage. Throw their simmering attraction into the mix and all bets are off!

Episode 2: Will & Patrick Meet the Family
Meeting the family is challenging for every new couple. But for Will and Patrick, the awkward family moments only grow more hilarious—and painful—when they must hide the truth of their predicament from the people they care about most. Throw in the sexual tension flaring between them and you've got a recipe for madcap laughs and surprisingly heartwarming feels.

Episode 3: Will & Patrick Do the Holidays
A couple’s first holiday season is always a special time. Thanksgiving, Christmas, and New Year’s Eve are magical when you’re in love. Too bad Will and Patrick’s marriage is a sham and they’re only faking their affection for each other. Or are they? Sparks fly in this episode of the Wake Up Married serial. Will the sexual tension between Will and Patrick finally explode in a needy night of passion? Or will they continue to deny their feelings?

Add Will & Patrick Wake Up Married Serial (Episodes 1-3) on Goodreads. 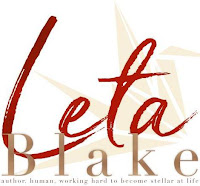 Author of the bestselling book Smoky Mountain Dreams and the fan favorite Training Season, Leta Blake’s educational and professional background is in psychology and finance, respectively. However, her passion has always been for writing. She enjoys crafting romance stories and exploring the psyches of made up people.

About John Solo
John Solo has been a professional performer for 20 years, although this whole acting thing is a relatively new development. Prior to all of this he made his living as a salesman, engineer, security guard, mechanic, construction worker, purveyor of polyester dress suits... The list goes on ad nauseum, but he prefers to think of himself as an Itinerant Adventurer and lovable scoundrel!

When not acting like someone else in front of a microphone, John prefers to indulge in the simpler things in life; games of chance, sword-fighting and traveling the world... all from the comforts of his own overstuffed couch.