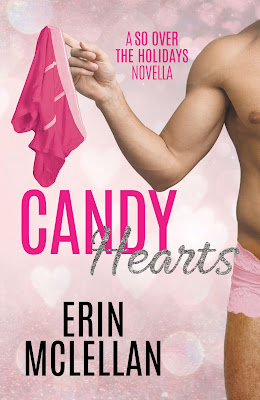 Candy Hearts
(So Over the Holidays #2)
by Erin McLellan
Date Released: February 3, 2020

About Candy Hearts
Mechanic Benji Holiday is so over Valentine’s Day and men who don’t get him. A weekend getaway with friends to escape the holiday hubbub is exactly what he needs. But William O’Dare—a stern and silent nightclub owner with “Be My Valentine” practically stamped on his forehead—throws a wrench into Benji’s plans.

William has spent years focused on his career, and it has cost him friendships and love. Inexperienced in the business of romance, he’s on the hunt for the perfect partner, and he’s armed with specific criteria to guide him. But William didn’t expect a hunky mechanic wrapped in satin and lace to show up on his doorstep.

Unable to resist their attraction, Benji and William agree to be secret fake valentines for the weekend, but secrets have a way of getting out. William gets struck by Cupid’s arrow, and as the weekend winds down, he doesn’t want fake or secret. He wants Benji to be his valentine for real and for keeps.

An Excerpt from Candy Hearts
An idea popped into Benji’s head as if it had been placed there by Cupid himself. He imagined pulling one of those arrows with a plunger on the end off his chest.

“So you know how Valentine’s Day sucks? Especially when you’re lonely as shit. And I am.”

That was not ideal. Benji wanted that unicorn smile back. He needed to lawyer the hell out of this proposition.

William nodded. “I wouldn’t hit on you otherwise.”

Benji waved that comment away. He’d had plenty of non-single dudes hit on him. “Well, we’re all alone for a while. It’s Valentine’s Day in two days.”

“I’ve never had a valentine. Want to be mine?”

“Why do you want to be fake valentines?” William asked, his face still scary neutral.

Well, Benji had been hoping for a “hell yes, let’s bang,” so this was super humiliating.

“Because! You’re hot, and it’ll be fun. We can be romantic and flirty without the pressure. Or, as romantic as is possible during a power outage in the middle of nowhere.”

Benji had never had a valentine. And yes, Sasha had invited him to this weird Valentine’s Day house party so he’d feel better about being single. This idea spit in the face of that, but Benji liked spitting in the face of things. 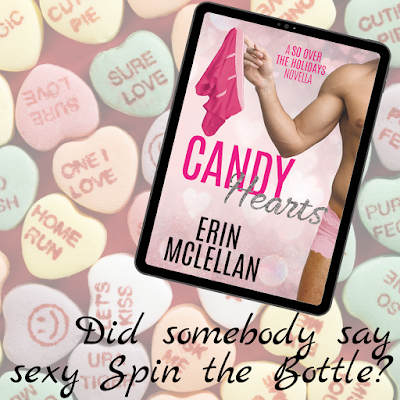