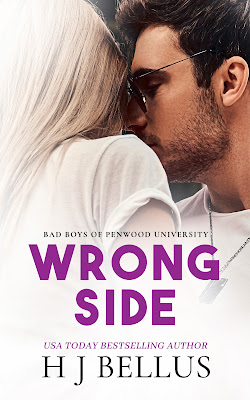 Wrong Side
(Bad Boys of Penwood University #1)
by HJ Bellus
Release Date: May 11, 2022
Cover Design: Shower of Schmidt
About Wrong Side
Everyone knows the Bad Boys of Penwood University dominate campus life with their power to make or break anyone they want. Sadie Alexander never thought she’d end up on their radar. All she wanted was to escape her childhood, and Penwood was her ticket to a new life. But Theo Hudson, the number one Bad Boy and all-star football player, makes it clear he has his sights set on her.
She’d heard the stories, knew the warnings, yet Theo makes it impossible for her to run the other way. The harder she fights to keep her distance, the more determined he becomes to have her. But Sadie isn’t willing to risk everything she has worked so hard to achieve for a guy with a reputation.
The deeper Theo manages to slip into her life, the tighter Sadie gets wrapped up in the unraveling secrets around her.
In the end, Sadie is forced to answer one question…was he worth it? 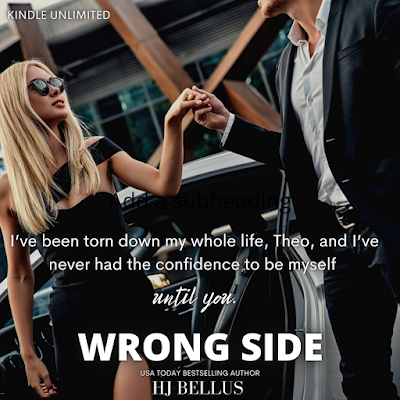 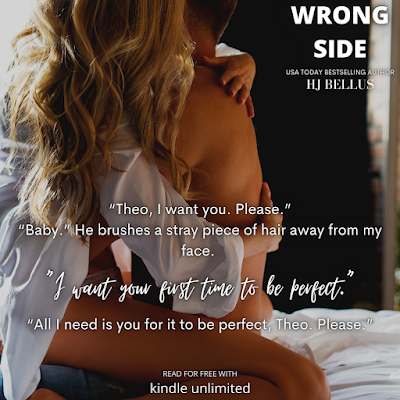 About HJ Bellus
HJ Bellus is a small town girl who loves the art of storytelling. When not making readers laugh or cry, she's a part-time livestock wrangler that can be found in the middle of Idaho, shot gunning a beer while listening to some Miranda Lambert on her Beats and rocking out in her boots.
Connect with HJ Bellus
Facebook | Twitter | Instagram | Goodreads | BookBub | Amazon