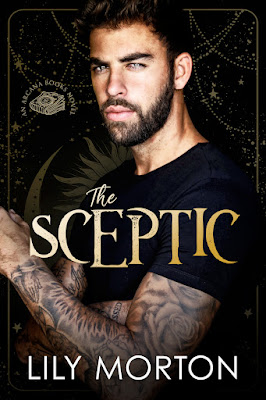 The Sceptic
(Arcana Books #1)
by Lily Morton
Release Date: May 26, 2022
About The Sceptic
As the best friend of a psychic, Will Buchanan can’t help but believe in the dead. It’s the living that he finds to be problematic. However, after a spate of betrayals, he finally has the chance of a new life within his grasp, and he’s not going to risk it for anyone or anything. Staying safe is the name of Will’s game.
Jem Dawson defines the word temporary. A talented cameraman, he’s here today and will undoubtedly be gone tomorrow chasing adventure and danger. But, while he’s in York, he’s made it clear he wants Will, and Will can’t help liking the charming daredevil.
This inconvenient attraction results in Will accompanying Jem to the site of a notorious poltergeist outbreak. A malevolent spirit has targeted a family, and now the ghost hunting team for whom Jem does camerawork are going to be locked down in the house for three days.
The house is strange and filled with sinister and violent undercurrents. One by one, the group experiences threatening incidents, and as events escalate, Will has to ask himself if he's risking not just his heart but also his life with this impulsive gesture.
This is the first book in the Arcana Books series featuring characters from the bestselling Black and Blue series. 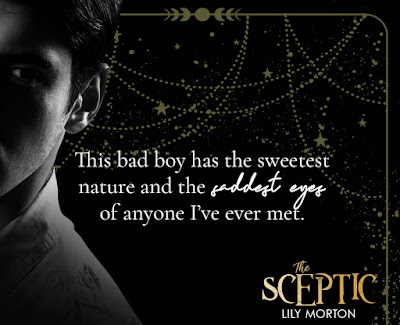 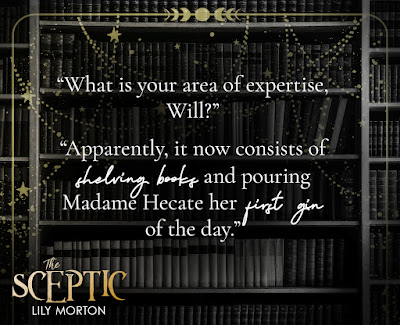 An Excerpt from The Sceptic
“What a ridiculous question. Do I look like I have a book on how to reanimate a cadaver? I have enough problems with the living customers without adding dead ones. Go next door.”
I set my pen down on the counter and sigh as Tom’s stertorous tones echo through the building. I’m currently working in an occult bookshop that connects to Tom’s bookshop. The divider between the two stores is a curtain, but even if we had walls the thickness of Fort Knox, it still wouldn’t stop me hearing Tom.
A few seconds later, the curtain lifts, and three startled goths scoot into the room as if their backsides are on fire. I offer them a smile and point to the stairs. “First floor. Shelf by the window.”
Their footsteps echo on the treads, and silence descends again. I pick up my pen and then pause, looking around. The room is full of the scent of old paper and leather, along with a whiff of fresh paint and new carpet. Sun streams through the Georgian window, laying stripes over the shelves of books and painting my skin with warmth. It’s incredibly peaceful in here, notwithstanding the grumpy bookshop owner next door.
As if on cue, the old man’s voice rises through the divider again, muttering something about the problems associated with zombies becoming customers.
I look up as the shop’s front door opens and the bell jingles cheerfully, heralding the arrival of my current boss. Viscount Ingram.
“Dear boy,” he booms, his face lit up. He’s the exact opposite of Tom, being eternally cheerful. The glass isn’t half full of wine with this one. He’s got a whole fucking vineyard in there. “You will never guess what I found at the house sale.”
I open my mouth to respond, but Tom forestalls me. “Not in here,” he booms from the other room. “The death books are all next door in the occult bookshop. No, not there. There. Through that curtain.”
A young man in a long duster coat and a trilby hat sidles through the curtain. He gives us a haunted look and then legs it up the stairs to join the goths, who are probably cowering in a corner.
The viscount sighs. “Oh, dear. Tom is a trifle rusty on customer service, isn't he?”
“He was probably rusty sixty years ago,” I confidently state. I’ve known Tom for many years. He’s an established figure in York and someone my best friend Blue and I have known since we were young and homeless. Tom is now Blue’s boss, psychic mentor, and a possible glimpse at how Blue will be in fifty years.
“Oh dear,” the viscount says again. He looks towards the table in the corner of the room. “And where is Madame Hecate? I thought she was reading the tarot cards for our customers today.”
“Probably at the pub. She came in, turned over one card, gave a scream that Tom’s still complaining about, and then left.”
“Poor woman. I wonder what the problem is.”
“Gin,” I offer helpfully. “It does seem to influence most of her tarot choices.” 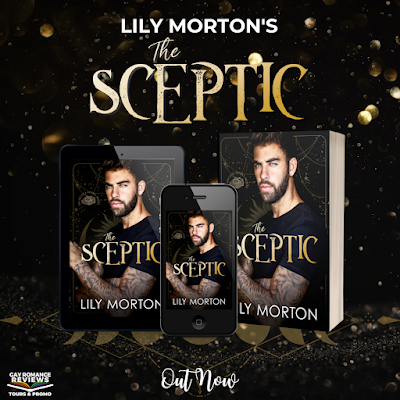