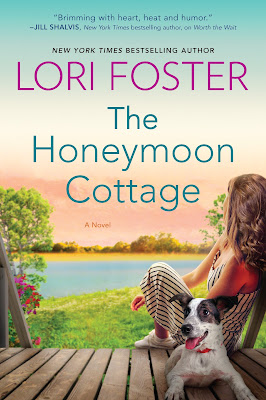 The Honeymoon Cottage
(Cemetery, Indiana #1)
by Lori Foster
Release Date: May 24, 2022
HQN Books
About The Honeymoon Cottage
From New York Times bestselling author Lori Foster comes a heartwarming, romantic story for fans of Jill Shalvis, Lori Wilde and Sarah Morgan. In The Honeymoon Cottage, locals of a quirky small town help their favorite wedding planner find her own happily-ever-after.
She was fine arranging other people’s weddings… But life had other plans.
When it comes to creating the perfect happily-ever-after, Yardley Belanger is a bona fide miracle worker. From bridal bouquets to matching cowboy boots, the quirky wedding planner’s country-chic affairs have caused quite a stir in the small town of Cemetery. But when it comes to her own love life? She’s clueless.
Completely clueless.
Perhaps it’s for the best. The thirty-one-year-old has poured her heart and soul into her business and doesn’t have time for anything—or anyone—else. And that’s something not even the gorgeous older brother of her newest client can change…right?
All Travis Long wanted was to give his little sister, Sheena, the wedding of her dreams. Ever since the tragic death of their parents, he’s done everything he can to make her feel loved and give her everything she needs. Still…a country wedding? In a place called Cemetery? But Yardley seems to know exactly what to do and how to do it—and Travis finds himself falling for her a little more each day.
Soon Yardley and Travis find themselves being nudged together by well-meaning locals who want to see the town’s favorite wedding planner get her own happy ending. 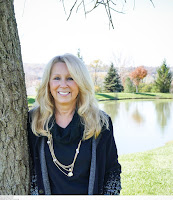 Lori Foster is a New York Times, USA Today, and Publishers Weekly bestselling author with over 10 million books sold. She received the Career Achievement Award from RT Book Reviews and her books have been chosen as editors picks by Amazon multiple times.
Foster is actively involved in charity work, and all of the author proceeds from her anthologies have gone to various organizations, such as the Animal Adoption Foundation, the Conductive Learning Center, and One Way Farm. She lives in Ohio with her high school sweetheart.
Connect with Lori
Website | Facebook | Twitter | Instagram | Goodreads