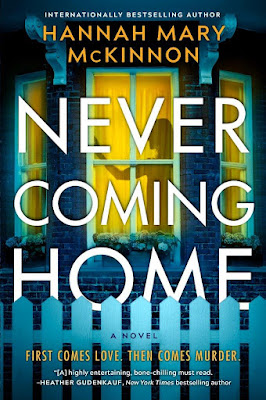 Never Coming Home
by Hannah Mary McKinnon
Date Released: May 24, 2022
MIRA Books
About Never Coming Home
First comes love. Then comes murder.
Lucas Forester didn’t hate his wife. Michelle was brilliant, sophisticated and beautiful. Sure, she had extravagant spending habits, that petty attitude, a total disregard for anyone below her status. But she also had a lot to offer. Most notably: wealth that only the one percent could comprehend.
For years, Lucas has been honing a flawless plan to inherit Michelle’s fortune. Unfortunately, it involves taking a hit out on her.
Every track is covered, no trace left behind, and now Lucas plays the grieving husband so well he deserves an award. But when a shocking photo and cryptic note show up on his doorstep, Lucas goes from hunter to prey.
Someone is on to him. And they’re closing in.
Told with dark wit and a sharply feminist sensibility, Never Coming Home is a terrifying tale of duplicity that will have you side-eyeing your spouse as you dash to the breathtaking end. 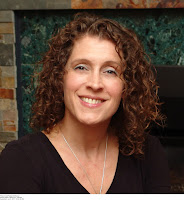 Hannah Mary McKinnon was born in the UK, grew up in Switzerland and moved to Canada in 2010. After a successful career in recruitment, she quit the corporate world in favor of writing, and is now the author of The Neighbors, Her Secret Son, Sister Dear and You Will Remember Me.
She lives in Oakville, Ontario, with her husband and three sons, and is delighted by her twenty-second commute.
Connect with Hannah
Website | Facebook | Twitter | Instagram | Goodreads