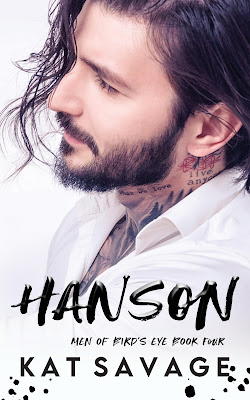 Hanson
(Men of Bird's Eye #4)
by Kat Savage
Date Released: May 26, 2022
About Hanson
Hanson Serrano is a complicated man—even his therapist tries to convince him to put his trust in someone. But the youngest member of the Bird’s Eye crew isn’t too concerned. He’s got no plans to settle down anytime soon.
That is, until he runs into Thea James—literally. One nasty spill on the sidewalk later, and this brooding Brazilian can’t take his eyes off her fiery red curls and curvy backside. Though, the interaction makes it clear he’ll have to work for this one.
Thea James is looking for something very specific—and Hanson Serrano isn’t it. Never mind the fact that he’s tattooed from neck to toe, but he’s also much younger than her. She’s been down the bad boy road before and all she has to show for it is her single mom status and an ex that makes her life miserable.
When Thea finally agrees to one date in an effort to halt Hanson’s chase, she’s pleasantly surprised when he pulls out all the stops. In fact, it’s the best date she’s ever been on.
The pair eventually get tangled up—in their feelings and between the sheets. But between Hanson’s walls, Thea’s ex, and a nagging age gap, their blooming relationship feels like a shipwreck waiting to happen.
As the couple navigates this ocean of obstacles, will they give up and abandon ship or find a way to get in the lifeboat and row together? 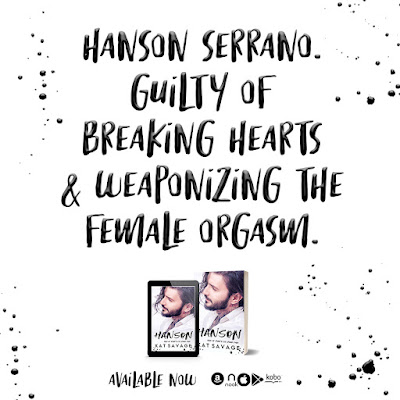 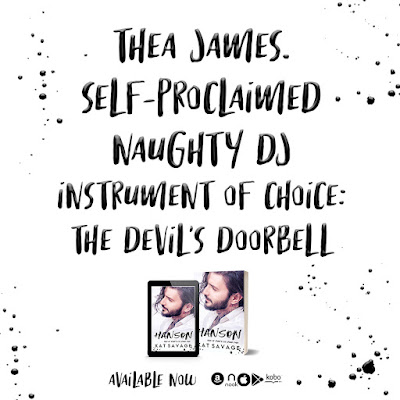 About Kat Savage
Kat Savage resides in Louisville, Kentucky with her three beautiful children, her hunky spouse, and two spoiled dogs. She secretly has hope of getting chickens one day.
By day, she’s an office manager, pushing paperwork and daydreaming. When she’s not at her nine-to-five, she’s writing. Or thinking about writing. Or preparing books and book stuff. Or quite possibly, designing stuff for other people’s books.
She was driven to writing out of a need to distraction and self-preservation after the death of her sister in 2013. Since then, it’s snowballed into a full blown passion she can’t escape. Even on the toughest days, she wouldn’t want to.
She writes poetry packed with real, raw, and sometimes ugly truths. She won’t lie. Her goal is to make you ache, in that perfect delicious way we often secretly crave.
Shortly after putting her poetry and prose out into the world, she turned to novel writing. Savage is a natural storyteller, getting better with each book. She tries to give the characters in her novels depth, whether they’re serious or comical, she builds them in layers with the hope that you see a little of yourself in some of them.
Connect with Kat
Website | Facebook | Facebook Group | Twitter | Instagram | Goodreads | BookBub | Newsletter 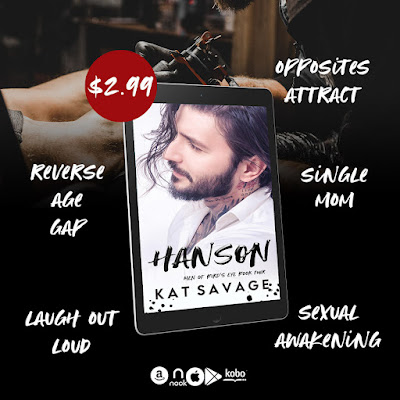