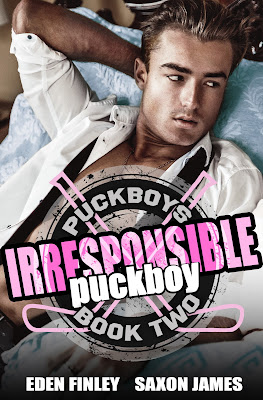 Irresponsible Puckboy
(Puckboys #2)
by Eden Finley & Saxon James
Release Date: May 11, 2022
About Irresponsible Puckboy
Tripp
The worst part of being in love with my straight best friend is the fact he’s too oblivious to see it.
Years of pining have left me exhausted, and I need a break from Dex. I need space to get over my feelings. But when his relationship falls apart and he turns to me for comfort, I cave immediately.
If there’s one thing I hate more than being hurt, it’s seeing Dex struggle. I can’t leave him in a time of need, even if my friends say it’s my biggest downfall.
They say Dexter Mitchale is my weakness, but if that’s true, I don’t want to be strong.
Dex
I’ve always been the dumb one. It’s what I’m known for, and usually I don’t let it get to me.
I have hockey, and I have my best friend, Tripp. What more do I need? To settle down? No thank you. Marriage? Hard pass. According to ex-girlfriends, that makes me “irresponsible.”
But the solution I come up with to get over my fear of commitment might be my dumbest idea yet. Not only does it have team management breathing down my neck, but it puts a strain on my friendship with Tripp.
This PR nightmare could lose me the only person I’ve ever loved. Losing girlfriends is nothing. Losing Tripp? It’s not an option.
I’ll do whatever it takes to keep him. 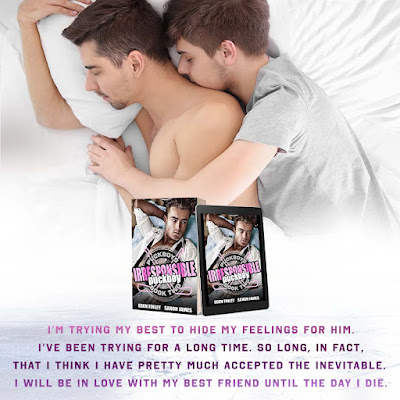 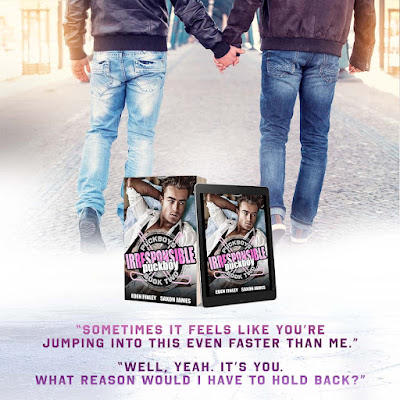 About Eden Finley & Saxon James
Eden Finley is an Amazon bestselling author who writes steamy contemporary romances that are full of snark and light-hearted fluff.
She doesn't take anything too seriously and lives to create an escape from real life for her readers. The ideas always begin with a wackadoodle premise, and she does her best to turn them into romances with heart.
With a short attention span that rivals her son's, she writes multiple different pairings: MM, MMF, and MF.
She's also an Australian girl and apologises for her Australianisms that sometimes don't make sense to anyone else.
*  *  *
Saxon James is an author from Australia who's obsessed with writing queer characters. She has a range of books from YA to adult and they all have one thing in common: swoony, sweet love.
When not writing, Saxon exists on a diet of coffee and chocolate while putting her KU subscription to the test.
Connect with Eden
Website | Facebook | Facebook Group | Twitter | Goodreads | BookBub | Amazon | Newsletter
Connect with Saxon
Website | Facebook | Facebook Group | Twitter | Goodreads | BookBub | Amazon | Newsletter 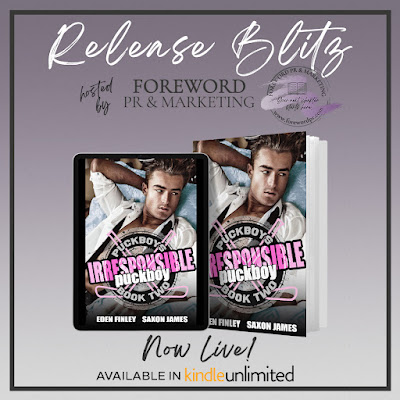