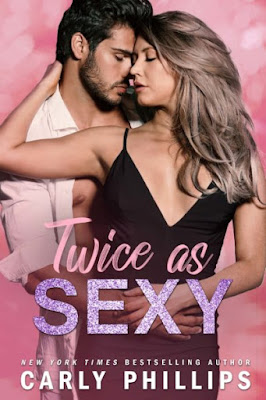 About Twice as Sexy
He’s the bad boy her mother warned her about.
The guy who makes her crave all the naughty things a good girl shouldn’t want.

Tanner Grayson is a man outrunning the demons of his past and has the rap sheet to prove it. The only thing keeping old anger in check and him on the straight and narrow are the men he calls brothers and the club he calls home. He has no business taking the sexy woman doing shots in his club upstairs to his bed.

They never should have crossed paths. But when Assistant District Attorney Scarlett Davis lays eyes on the hot as sin club owner, she decides he’s the birthday present she wants to unwrap at the end of the evening.

He tells himself it’s one night. She convinces herself she deserves a short break from her latest case. But one night isn’t enough and soon these two opposites are in deeper than they ever planned.

When Scarlett’s case collides with Tanner’s past, she sees the dangerous man he’s hidden beneath the cool veneer he presents to the world. Can she accept him for who he is? Or will she run from the bad boy who makes her feel so good? 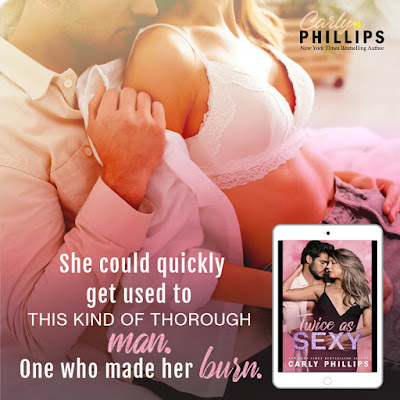 Read my 4.5-starred review of Twice as Sexy.

Add Twice as Sexy on Goodreads. 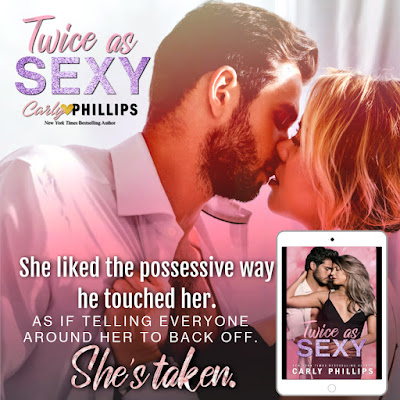 An Excerpt from Twice as Sexy
Scarlett didn’t know where her sudden burst of courage came from, but she wasn’t about to turn away now. Not when she had the sexiest man she’d ever laid eyes on ready to take her to bed. Her body trembled with desire and an awareness that something special was about to happen between them. Especially with the way Tanner’s eyes darkened at her bold, certain words of reassurance.

Grasping her hand, he led her back into the main room and to the elevator he’d walked out of earlier. He hit a button and the doors slid open. No sooner were they enclosed in the small area than she found herself surrounded by the sensual scent of his masculine cologne and by the man himself.

He hit the floor number, then backed her against the wall and braced his hips against hers. The hardness of his erection pressed into her sex, and she moaned at the anticipation of what was to come, her underwear growing damp with arousal.

“Make no mistake. You might have been the one to convince me but I’m taking control now.”

No man in her past ever spoke to her in such a self-assured, dominant way. To her surprise, she liked it. Hell, her perky nipples were proof of that, and he was looking down at the evidence with dilated pupils. Before she could respond, the elevator dinged and the doors slid open.

Holding her hand once more, he led her down a short hall and unlocked the sole door. She stepped into the apartment, which was smaller than she’d anticipated, realizing immediately he didn’t live here. There were no personal effects anywhere on the shelves, and the steel and white décor gave a sterile feeling to the place.

The door shut behind them.

“We share the apartment, my partners and I,” he said, as if reading her mind. “Whoever has the night shift uses it if they don’t feel like going home late. Although since Jason got married, it’s just me and Landon.”

She looked around once more. “It’s beautiful. Just very empty,” she murmured.

He shrugged, sliding his jacket off his broad shoulders. “It serves a purpose.”

“Do you bring many women up here?” he asked, unable to withhold her curiosity. After all, he was a hot guy with easy access to a bed above where he worked.

His sharp gaze slid to hers. “None. At least not anymore.” He hesitated before going on. “I admit when we first opened the club, the women throwing themselves at me were a novelty that I indulged, but after a while, they all seemed to have an agenda.”

“They assumed because I owned the club I had money, and they wanted to be the woman on my arm permanently.”

His voice turned bitter and she didn’t blame him. “You don’t have to worry about that with me. My job and my life are too full to want anything more than one night.”

A sinful smile curved his lips. “So I’m your birthday present?”

She nodded. “And I can’t wait to unwrap you.” 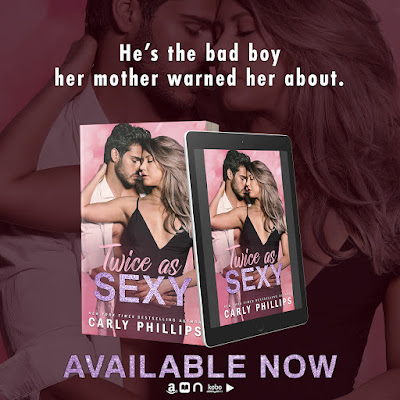