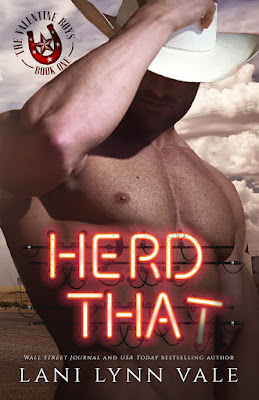 About Herd That
His Wranglers fit him like a glove. A really tight, leaving nothing to the imagination, glove. Codie wants nothing more than to shove that Wrangler-covered butt straight into the mud.

Ace Valentine has a smart mouth, a devil-may-care attitude, and those wicked eyes aimed directly at her.

She doesn’t know what to do with that kind of attention. Especially not from the sweet-talking man that has no problem charming every woman that enters his orbit—everyone but her, at least.

Ace isn’t sure why Codie Spears had her panties in a twist when it comes to him, but every snub and insult she hurls his way brings him closer and closer to falling for her.

He’s not sure what it is about the town’s bad girl that draws his attention, but every encounter they have leaves him wanting her until there’s nothing else left to do but have her.

The only thing is, she’s been convinced by everyone around her that she’s not good enough. Tell a person that she’s a piece of trash enough times, and eventually she’ll start to believe it. It’s going to take a lot of smooth-talking and gentling on his part to get her to see that she’s worth it.

And once he has her where he wants her? Well, she’ll make a mighty fine rancher’s wife. 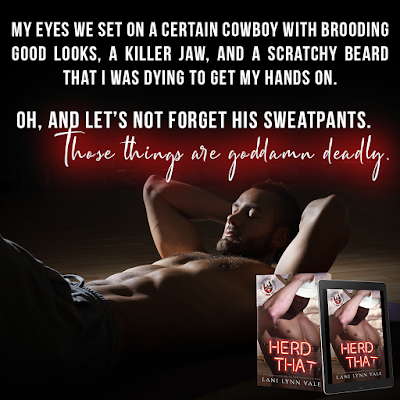 Read my three-starred review of Herd That.

Add Herd That on Goodreads. 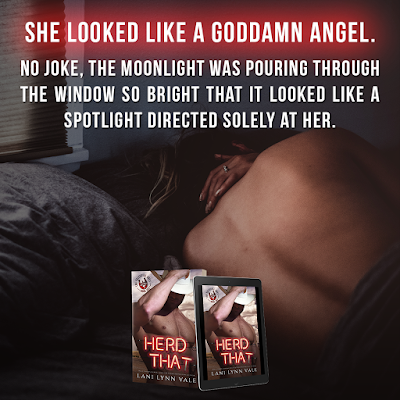