Book Spotlight: The Art of Holding On by Beth Ann Burgoon 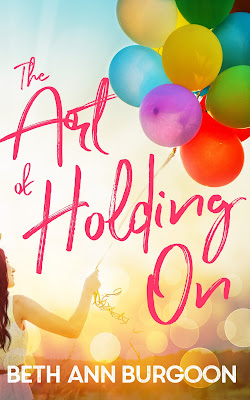 The Art of Holding On
by Beth Ann Burgoon
Date Released: January 24, 2020

About The Art of Holding On
Life happens, whether you’re ready or not. All you can do is hold on and go along for the ride.

That’s the motto Hadley Jones lives by, and for good reason. Most of the women in her family have repeated the same pattern. Single motherhood. Working two jobs just to scrape by. For Hadley, wanting more is not an option.

Which is why her friendship with Sam Constable was doomed before it even began. He was sweet, popular, and destined for great things outside their small town. But when he risked one kiss, and told her he loved her, Hadley refused to believe they could ever stand a chance. Hurt and angry, Sam moved to his father’s place in Los Angeles, leaving Hadley alone.

Now, a year has passed. Sam is back and more determined than ever to convince Hadley they’re meant to be. But Hadley can’t forget how Sam deserted her. And when Sam learns of the mistake she made while he was gone, she’ll have to decide whether to let him go again, or finally take a stand and fight for the future—and the boy—she wants with all her heart. 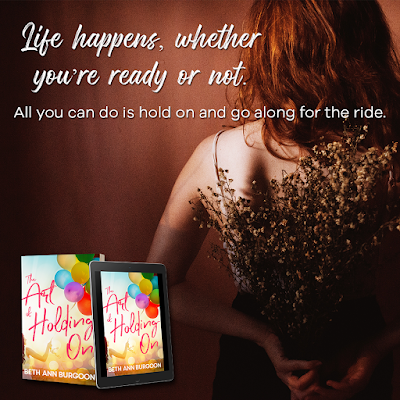 Read my four-starred review of The Art of Holding On.

Add The Art of Holding On on Goodreads. 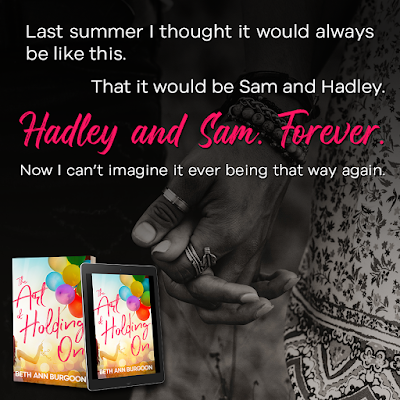 Enter the giveaways to celebrate the release of The Art of Holding On:
Facebook (open internationally) - three eBook copies
Instagram (US only) - signed paperback 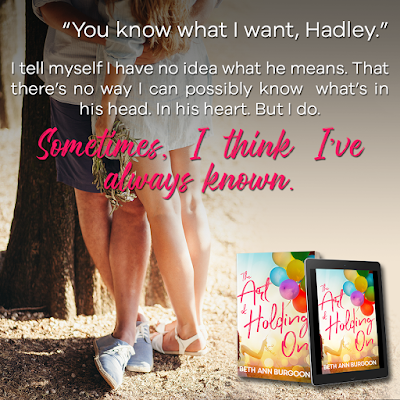 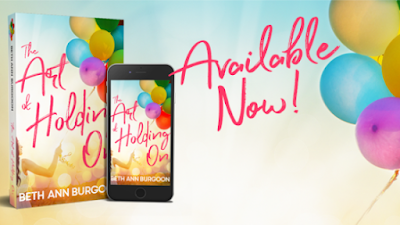