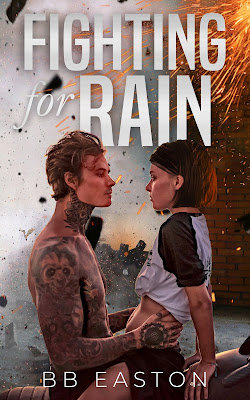 About Fighting for Rain
The world was supposed to end on April 23, but Rainbow Williams’s world ended days before that.

The mass hysteria caused by the impending apocalypse claimed everything she’d ever loved. Her family. Her city. Her will to live.

Until she met him.

Wes Parker didn’t have anything left for the apocalypse to take…he’d already lost it all by the time he was nine-years-old. His family. His home. His hope of ever being loved.

Until he met her.

Brought together by fate and bound by a love that would last lifetimes, Rain and Wes were prepared to die together on April 23.

They were not prepared for what would happen on April 24. 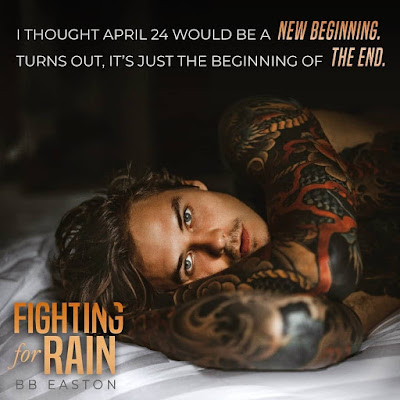 Read my five-starred review of Fighting for Rain.

Add Fighting for Rain on Goodreads. 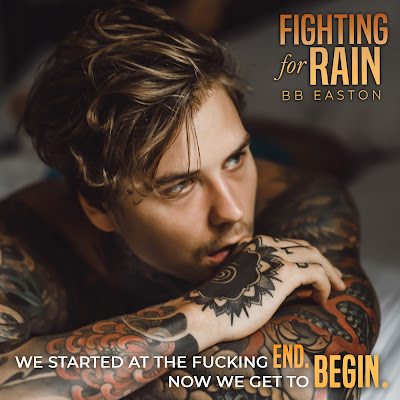 An Excerpt from Fighting for Rain
“Did I pass?” Rain asks as I stop at the bottom of the tree house ladder to give her a hand up.

“I think I’m the one who passed.” I give her a swat on the ass as she heads up and chuckle when she yelps in surprise. “I know your song.”

When I climb in behind her, Rain is sitting, facing me with her arms folded over her chest.

For a guy who has nothing to prove, I fucking love proving myself to this girl.

I sit with my back against the plywood wall and strum something softer and slower and definitely sadder than anything I’ve played for her before. I’m afraid it might be too much, considering how far she’s come today, but fuck it. It’s the truth, and right now, the truth—and this guitar—is all I got.

The simple, soulful melody is synchronized with every beat of my own bleeding heart as I open my mouth and sing the first line.

About a girl watching her daddy cry.

Rain clutches the blanket to her chest and listens as I tell her the story of a woman who’s afraid to get hurt after watching her parents break each other’s hearts. She tries to protect herself. She tries to avoid the pain of being left. But when she finally falls in love, she realizes that it’s worth the risk.

I can’t really see Rain’s expression in the dark, but as I let the final note fade out, I know I’m going to find tears before I even reach for her face.

“How did you do that?” She sniffles, and when she leans into my touch, I know I got her.

I shrug. “When you’re in the system, you get good at figuring people out.”

She inhales deeply and sighs. “So, what’s the name of my new favorite song?”

I place the guitar in the corner and crawl over to her. Laying her down, I take the wadded-up blanket out of her arms and set it behind her head like a pillow. “‘The Only Exception.’”

Gazing down at her, I know now that that’s exactly what she is for me. The only exception to all of my rules.

Leave before you get left.

Survival above all else.

Now, they’ve all been crossed out with a giant X, and next to them, in murderous block letters, are the words Protect Rainbow Williams. That’s all I fucking care about now. Keeping her safe. Keeping her—period.

“Wes?” she asks, her voice small and shaky as she slides her fingers into my hair and pushes it away from my face. “Will you still be here when I wake up?”

Bracing myself on my forearms, I lower myself onto her soft, warm body and press my lips to hers. Blood explodes through my veins on contact, but I don’t move. I hold that kiss until I feel her relax beneath me. Until I know she’ll believe me when I finally promise, “Forever.”

Satisfied, Rain pulls my face back down to hers and kisses me like forever might actually exist. Slowly. Sweetly. Without the ticking clock of April 23 looming over our heads. Without blood on our hands or ash in our hair. Without wonder or worry about how it will end. Because we started at the fucking end.

Now, we get to begin. 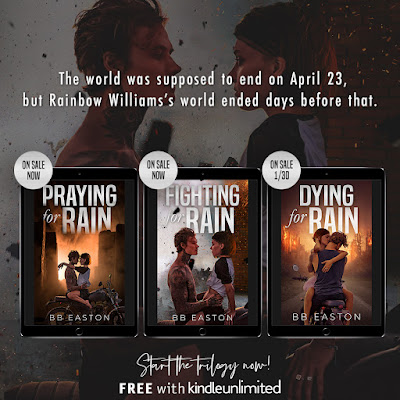 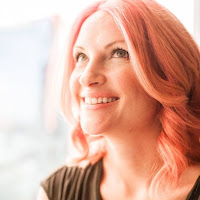 BB Easton lives in the suburbs of Atlanta, Georgia, with her long-suffering husband, Ken, and two adorable children. She recently quit her job as a school psychologist to write books about her punk rock past and deviant sexual history full-time. Ken is suuuper excited about that.

BB's memoir, 44 Chapters About 4 Men, and the spin-off 44 Chapters novels are being adapted into a steamy, female-centered dramedy series for Netflix called Sex/Life coming late 2020 or early 2021.

The Rain trilogy is her first work of fiction. The idea, fittingly, came to her in a dream.

If that sounds like the kind of person you want to go around being friends with, then by all means, feel free to drop her a line. You can find her procrastinating at all of the places listed below.