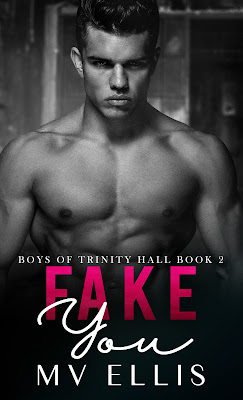 About Break You
Drew
I hate the lies you tell.
For as long as I can remember, everything in my world has been fake. The happy nuclear family. The loving parents. The close father-son relationship. The respectable family business. All lies. I’ve had it with the pretense and the show, but I’m been trapped on a dizzying merry-go-round of deception, and I can’t get off.

So when she’s thrown unexpectedly into my path, and I discover she’s just another fake, I need to make her pay. Little do I know, the deceit runs deeper than I imagined, and nothing is as it seems.

Kik
I tell the lies I hate.
I hate the lies and the pretense, but if I ‘m going to achieve what I want in life, they’re a necessary evil. Truth is, I’ve mostly made peace with the idea. What I’m doing is a means to an end, and the end definitely justifies the means. Besides, it’s not forever—nothing ever is.

Everybody has to do what they have to do, right? I can live with that. Kinda. Sorta. Maybe. At least I can until he comes bursting into my life, and is determined to tear down everything I’ve worked so hard to build. 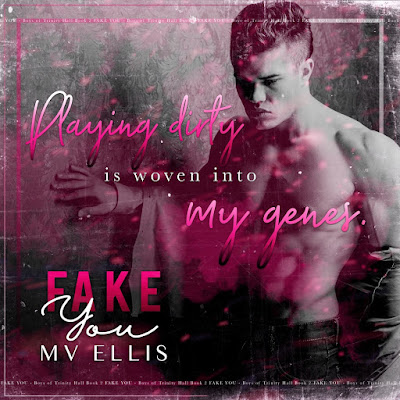 Read my five-plus-starred review of Fake You.

Add Fake You on Goodreads. 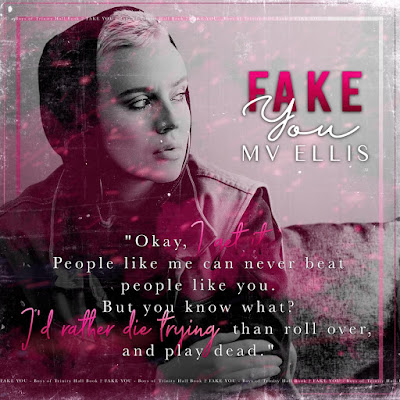 An Excerpt from Fake You
When Drew emerged from the shower my breath hitched at the sight of him. Even beaten, battered and bruised, he was beautiful. His hair was still wet, slicked back away from his face, revealing the deep gash above his eyebrow in all its glory. He was going to have a scar there whether he had stitches or not, but I figured it would be worse if he let it heal without getting it seen to. Stupidly, I couldn’t help but think that the scar would probably suit him.

The fact was, the whole beat-up vibe was really doing it for me. Not only that, but it totally suited what I knew of his personality. For someone with a mean, controlling streak as wide as his, the beefcake, preppy look he normally rocked was kind of false advertising. The world should probably be forewarned that below the cool, calm and buttoned-down exterior, a wild animal lurked just below the surface.

Case in point, if the sorry state of his knuckles—bloodied and bloated—was anything to go by, however badly off he was, the other person went away looking at least as bad, if not worse. They definitely weren’t defensive wounds.

I tried not look below the waistband of his gray sweats as he headed toward me, but it was like trying not to lick my lips while eating a sugar donut—the more I told myself not to, the more I was compelled to do exactly that. Not wanting to overtly leer at him, I quickly skirted past the obvious, and brought my eyeline down to his bare feet as he crossed the room. Big mistake. Big. Huge.

There was something so intimate about him padding about like that, it had me freaked me out. What the fuck was I doing cozying up and playing nursemaid to a guy I hated for twenty-three and a half hours a day, but who knew exactly how to make me love him for the other thirty minutes? 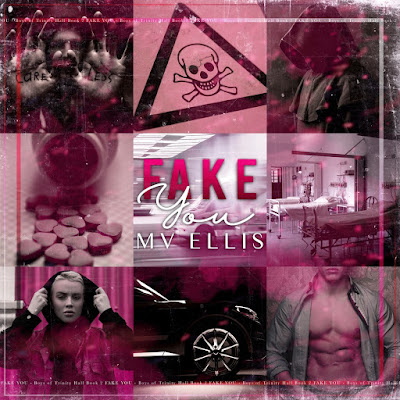