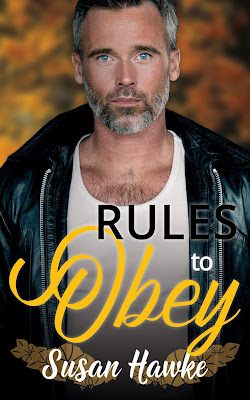 About Rules to Obey
Davey’s Rule #83: Daddy will encourage his boy to be the best he can be and be supportive of his boy’s career choices.

Marcus Alves has waited most of his adult life to find the perfect match. A sweetheart who will love cuddles, need a Daddy to help him thrive, and most importantly… be the type of boy that might want to use the binky that Marcus keeps hidden in his pocket. Now in his forties, he’s refusing to give up on his dream—or the unused playroom that’s waiting for someone to enjoy.

Jeff Robustelli has had a rough life. Growing up in a commune with absent parents was hard for a rule-following straitlaced guy with a genius IQ. When the uncle who saved him died, Jeff did what he does best—buried his head in the sand and pretended life wasn’t changing. Working in a Daddy club has shown him what he really wants, but Jeff is too afraid to take a chance on something new.

When Jeff has a sudden need for a fake fiancé, he strikes a deal with the older man who always seems to be there when his world is crumbling and makes him feel safe. In exchange, he agrees to a fake Daddy/boy experiment designed to let him try out being little without any pressure.

While Marcus and Jeff navigate their “deal” and the unexpected new feelings that begin to emerge, Marcus also must help the younger man through a series of life changes that put him on the road to being the adult he’s been too afraid to be. When everything in Jeff’s life is in turmoil, Marcus is his one stability. But can Jeff trust his own heart when nothing else in his life is making sense anymore?


This is the fifth book in a series about not-so-perfect Daddies, adorable “boys,” and one sassy brat with an insane list of rules. Grab your fan and tissues because this series comes with both a high heat advisory and all the squishy feels you’d want from a Susan Hawke book. 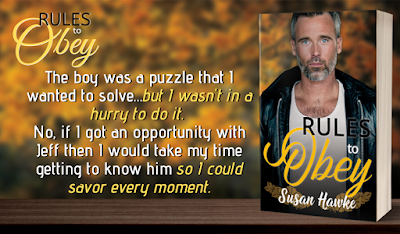 Read my five-starred review for Rules to Obey.

Add Rules to Obey on Goodreads. 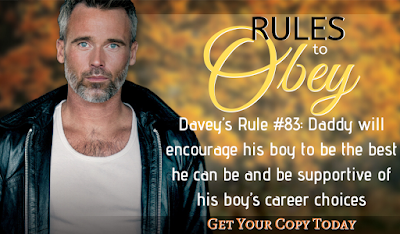 An Excerpt from Rules to Obey
My heart raced with excitement as I thought about the surprise I'd left for him among the coloring books. "How about we start easy? First off, I would like to call you Jeffy when we're together like this. Is that okay?"

He seemed to consider that for a moment, his lips silently forming the little name a few times before finally nodding. "Jeffy. I like that because it's not too different from normal but sets me apart when I'm being…" He paused, lowering his voice to a whisper as he finished his sentence. "Little. It sets me apart when I’m little." He was so earnest and sweet that I wanted to eat him up.

"Good boy. Thank you. The name suits you, Jeffy. Now, why don't you look down on the bottom shelf and choose a coloring book? There is also a plastic box filled with crayons that you'll want to use."

Jeffy licked his lips and hesitated for half a second before crouching and carefully examining the stack of coloring books. I held my breath as I waited for him to get to the bottom. Somehow, I thought I was safe ignoring Davey's advice about not having Jeff make choices when I'd hidden the perfect surprise for him. It only took a few moments as he neatly slid each book from the top of the stack and moved it to the bottom while he carefully examined each one. I knew when he found it because he blew out his breath so fast that it whistled through his front teeth.

I couldn't help but chuckle. "Not only can you use it, but I got it especially for you. Why don't you look at the plastic box beside them now? That was also chosen just for you."

He picked up the blue box with the metallic logo, and the smile I got was worth the time I’d spent searching online for the Transformers pencil box. After he put the other coloring books back on the shelf—taking a moment to meticulously straighten them first—Jeffy stood, hugging his prizes to his chest. He still looked like he had half a mind to take off at the slightest provocation, but he wasn't looking quite as overwhelmed as he had a few minutes ago. 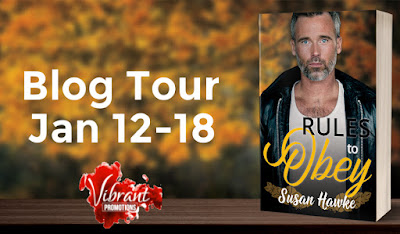