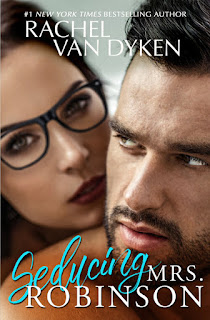 “I won't give up, you know,” I said. “And not because I like a challenge.” I reached out to her and tilted her chin toward me. “But because you don't even realize how far gone I am for you. Call it whatever you want. I was too young then, maybe I'm too you for you now, but the heart doesn't measure its beats based on age. It doesn't say, beat slower, she's eight years older, just like it doesn't say beat faster, he's finally ready for you. It just is. The heart doesn't discriminate. And mine hasn't for the last four years. If you're telling me you need time, I'll wait forever. But if you're telling that this can never happen, then I need to let you go, and I need to know now.”


From the moment I met the Pleasure Ponies in Co-Ed last year, I'd been hoping that the three younger guys would get their own time in the spotlight. Well, Santa (aka Rachel Van Dyken) listened because we now have the second book in what is now the Bro Code series, a spin-off of the author's Wingmen Inc. duet. Book two is a professor-student romance with an older woman-younger man angle to it entitled Seducing Mrs. Robinson. I have a thing for the latter trope, and with Van Dyken's innate ability to perfectly mix angst with wit, this was an absolute winner of a read for me, and is one of my favorites from her ever. Just a quick FYI: The book depicts and describes physically and emotionally abusive relationships, so consider yourselves cautioned if this may be a known or possible trigger.

Crushing on your teacher is considered a rite of passage by many, and Leo Blackwood crushed on Mrs. Robinson hard when he was in his last year of high school and she was in her first year of teaching. Maybe his being only eighteen and her being seven or eight years older and married to a certified jackass were deterrents. Oh, and Leo may not have been a star pupil in her eyes either. So yeah, there may have never been any chance with Mrs. Robinson back then, but when he literally bumps into her four years later on the University of Washington campus, Leo intends to take his shot. She's been through hell with her now-ex-husband, but Leo's about to prove to Kora Robinson that he's nothing like her douchebag ex. The question is, is she willing to open her heart to her student?

Aaaahhh! I absolutely adored Seducing Mrs. Robinson! Leo may seem like some laid-back college senior without a care in the world, but there was so much more to him than that. Not that this was a surprise really considering that's been the case with all the Wingmen, past and present. He and Kora just had that extraordinary connection, one that they couldn't really delve into four years ago, but then things are meant to be happen at the right time and that's exactly what happened in their case. I love how Finn and Slater truly were his wingmen, but then they extended that sense of support towards Kora as well, like I needed even more reason to love these guys. Rachel Van Dyken has penned a fantastically inspiring story about love, friendship, and courage, and it gets five-plus stars! ♥