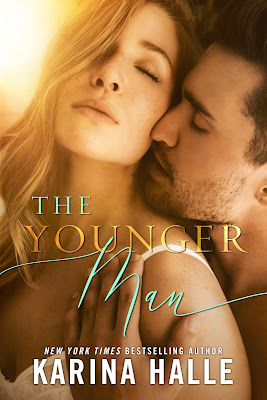 About The Younger Man
A reckless, obsessive soccer star. A forbidden affair that could ruin her career. The locker room has never been this steamy.

Starting over was her only option.

Forty years old and still reeling from a public and painful divorce, Thalia Blackwood is looking for a fresh start, somewhere far away from her upside down life. When she’s offered a new job as the sports therapist for a football team, she jumps at the chance. This is just what she needs to leave the heartbreak and shame of Manchester behind, trading it in for the warmth and hopeful vibrancy of Madrid.

He was her only desire.

Twenty-three-year-old Alejo Albarado is rising up the ranks in his career. As the charming forward for the Real Madrid team, Alejo’s life revolves around women, parties, and being a tabloid darling, that is until the new sports therapist joins the team.

Their passion could not be ignored.

What starts out as a strictly professional relationship between Thalia and the young Spanish player, slowly evolves into something more. Much more.

Their relationship was forbidden.

But their combustible chemistry and simmering sexual tension can only go so far—should Thalia give into Alejo’s advances, she’s at risk of not only losing her job, but succumbing to a much younger man will drag her through the spotlight again.

Unless he breaks her heart in the process. 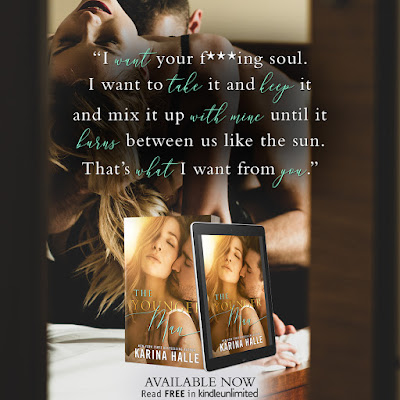 Read my five-starred review of The Younger Man.

Add The Younger Man on Goodreads. 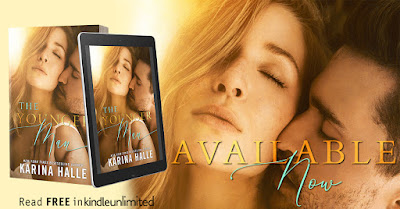 About Karina Halle
Karina Halle is a former travel writer and music journalist and The New York Times, Wall Street Journal and USA Today bestselling author of The Pact, Love, in English, The Artists Trilogy, Dirty Angels and over 20 other wild and romantic reads. She lives on an island off the coast of British Columbia with her husband and her rescue pup, where she drinks a lot of wine, hikes a lot of trails and devours a lot of books.

Halle is represented by the Waxman Leavell Agency and is both self-published and published by Simon & Schuster and Hachette in North America and in the UK.