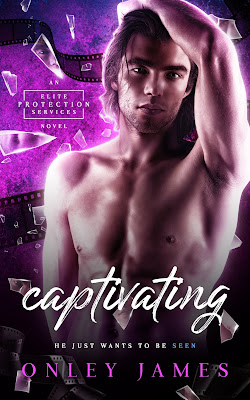 About Captivating
Jayne Shepherd has spent his life blending in. He smiles. He laughs. He’s likable. He’s also a sociopath. His emotions are limited. Love, fear, desire don’t exist in his world. Until he meets Elijah.

Elijah Dunne had everything. Third generation Hollywood royalty. Child star. Untouchable. Until one man ruined it all. Elijah fled LA to try to forget, but now, he’s back on top and back on a monster’s radar. Elijah doesn’t think he’ll ever feel safe. Until he meets Shepherd.

Elijah and Shep only have one thing in common. They both wear masks. Shep makes Elijah feel protected. Seen. Elijah makes Shep just feel. Now that he’s had a taste, he’s not about to let him go.

Everybody warns that what they have isn’t real. Shep is obsessed with Elijah, not in love. But Elijah craves Shep’s obsession. He can’t imagine life without him. In Hollywood, being a sociopath is more a life skill than a diagnosis. Could Shep be the monster Elijah needs to finally slay his demons?

Captivating is the second book in the Elite Protection Services series and contains age-gap, cum-play, voyeurism and one very sexy interrogation scene complete at 72,000 words with an HEA and no cliffhangers. 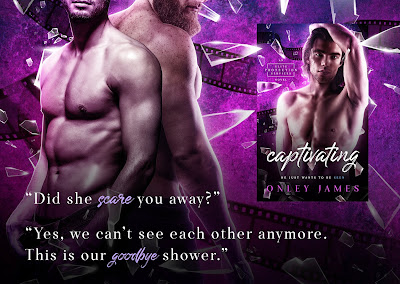 Read my five-plus-starred review of Captivating. 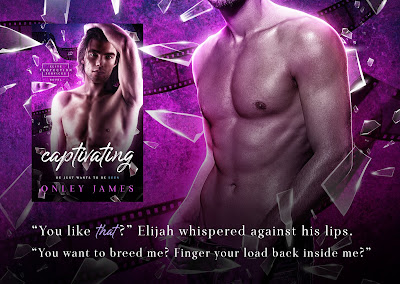 Elijah took a shuddery breath and then dragged his shirt over his head, dropping it onto the floor.

The blood rushed from Shep’s brain to his dick so fast it made him dizzy. Elijah locked eyes with him as he hooked his thumbs in the waistband of his pajama pants and slid them off, leaving him naked and hard. The look on the boy’s face was so vulnerable, it kicked up an instinct in Shep that was too primal to name.

Elijah seemed to make some kind of internal decision, closing the distance between them to straddle Shep’s thighs. “Tell me this is okay,” he whispered, gaze pleading.

Shep nodded, his hands already skimming across Elijah’s bare thighs, itching to touch as much of the boy as possible. “Yes. Just tell me what you need.”

Shep complied, capturing his mouth in a kiss that turned dirty. Kissing Elijah ignited something in him. Everything about Elijah turned him on. The way he sucked in a startled breath when Shep’s tongue slipped into his mouth, the way he moaned when Shep bit his bottom lip. His scent, the heat of his skin, all of it. Everything.

“Put your arms around me,” Elijah demanded. Shep did as he was told, his palms finding Elijah’s ass and squeezing. “Fuck. Yeah. Like that,” he gasped against Shep’s lips. “You feel so fucking good. I just need to come.”

Elijah’s words had Shep’s cock aching. “Take what you want.” 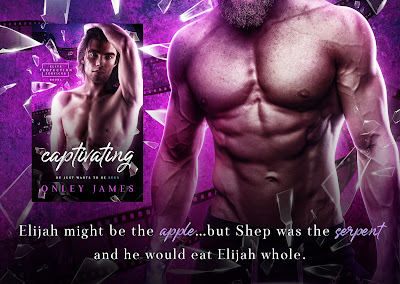