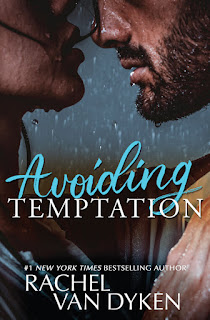 All night he stayed.

And for the first time in my life I knew what it was like, to be in a relationship where it wasn't just about the physical.

But the emotional too.

And I knew in my heart that I couldn't let him go.

Even though I should.


This latest generation of Wingmen Inc. may not be battling it out for the same woman, but they are battling it out for top spot as my favorite. Gah! I'd say it wasn't fair, but then I'd rather have main characters that I vied for my adoration and attention rather than feeling torn because I liked some and disliked the others. Basically, it's a good problem to have, especially when it comes to Knox, Leo, Slater, and Finn. With two of the Pleasure Ponies having found love and now working at the corporate office of Wingmen Inc., we're down to the final two: Slater and Finn, best friends, neither in the market of changing their relationship status. After all, being in any sort of committed relationship isn't exactly something that's encouraged when you're servicing clients. But then Finn's younger sister, Tatum, transfers to the UW. Tatum's an unexpected temptation Slater must avoid at all costs. Easier said than done.

It was super easy to like these Wingmen--and I'm talking all the way back to when it was just Ian and Lex--but once you get to know the nitty-gritty about each of them, falling for them is simply a given. Slater was just...le sigh. I know he wasn't exactly the sort of guy who may have been boyfriend material in the first two books, but then Tatum hadn't come along to become such a fixture  in his life till now. Speaking of Tatum, ah, but how I loved her determination to move forward with her life. Both she and and Slater carry with them painful lessons they've learned over the past few years. It's important to remember that these two are barely into adulthood yet they've experienced things that have shaped them--things that've brought them pain but have also pushed them onward.

One of my favorite things about Rachel Van Dyken is her ability to take a well-loved trope and make it her own, giving it her own creative spin so that it doesn't feel like every other book out there. The falling-for-your-best-friend's-sibling trope is a go-to for many romance readers, and she more than does it justice here. There's the expected secrecy but because of all the other circumstances surrounding Slater and Tatum, Van Dyken has penned a beautiful story that brings on the wit as much as it does the angst. Just like those before it, Avoiding Temptation can be read as a standalone, but I'm highly recommending the Bro Code series as a whole. This gets five-plus stars. ♥