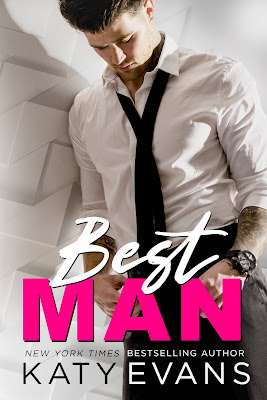 About Best Man
When the wedding of your dreams is just around the corner, everything needs to go as planned. Only problem is, the groom didn’t get the memo.

Aaron forgot the rings, and Lia is determined to make the long drive home to get them in time for their “I dos.”
But there’s a catch. There always is with Aaron, isn’t there?
Aaron is too hungover to come, and sends a replacement.
The best man.
Miles Foster. The cocky, arrogant, sexy best man…and the last person Lia wants to be trapped in a car with for hours.
But Aaron insists, and Lia  wonders if there’s another reason Aaron wants Miles tagging along--aside from sticking her with a hot, surly babysitter.
Yet how bad can it be? It’ll be over before she knows it, and she’ll never see him again. Just like in college.
But when secrets are revealed, and Lia's whole world is turned upside down, she realizes she's been living a lie--and so has her groom.
Miles is supposed to be the best man at her wedding.
But what if he is simply the best man she has ever known? The best man for her? 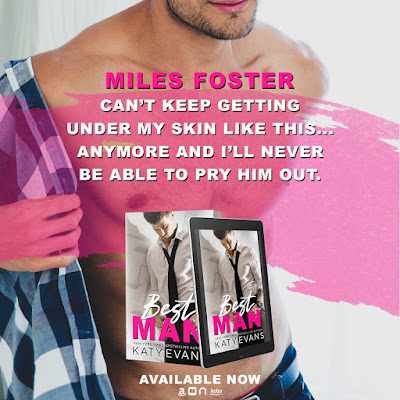 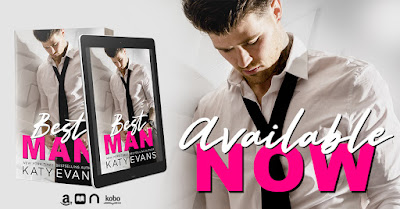 An Excerpt from Best Man
The dress is a strapless Carolina Herrera, with layers and layers of whisper-thin organza. It blows my budget and the “less is more” mantra out of the water, but like Eva said the day we bought it in downtown Denver, when you know, you know. The locale is the sumptuous Midnight Lodge, nestled in Colorado’s Rocky Mountains, every tiny detail of the place costing my father more than an entire year of his salary. The twenty-three members of the bridal party are assembled. It’s the scene of every little girl’s fairytale fantasy.

At least, the one I’d been harboring up until today, when everything changed.

Eva smiles at me. “Ready to make your dreams come true?”

I stare at myself in the mirror. I look like Cinderella, if the wicked stepmother had just materialized at the castle on Cinderella’s wedding day and gunned down Prince Charming in cold blood. I’m also about three minutes away from losing the mimosa I’d polished off earlier that morning at breakneck speed. I go to chew on my nails but then I remember Eva painted them, and the last thing I want is for him to see the chips.

And I want to be perfect for him.

I go to chew on my lip, but I can’t do that because they’ve been lacquered with bubble-gum pink gloss, and he’d probably notice if I got it on my teeth, too. All my normal ways of freaking out are off limits.

This is the day of my dreams, the day I’ve planned to the letter, just so I could avoid any potential calamities that might make me freak out.

But I am freaking out. Oh, lordy, am I ever.

I’ve been waiting my whole life for this day.

This perfect day, where the sun is shining, the snow is melting, birds are singing, and the sky is the deepest blue I’ve ever seen.

But there’s a problem.

A problem in the form of a pretentious, bearded, six-foot-three wall of hot man flesh who stalks around hating the world and thinking he’s better than everyone in it.

This is all his fault.

“I am,” I insist, pushing the infernal veil out of my face for the thousandth time. “This dress is itchy as hell.”

I stand and pluck the dress up under my armpits, hoisting it over my boobs. I try to take a step but…too much fabric, in all directions. It’s a wonder I don’t drown in this sea. In this sea, or in this mess I’ve created for myself. I sit back down on the vanity stool and pout. “I’m stuck.”

In more ways than one.

She gathers handfuls of too much organza and helps me up, depositing the pile of fabric safely in my wake. I shuffle to the full-length mirror and glance at myself. I don’t look like a bride, or even a fairytale princess.  I look like a prisoner who just got her death sentence.

“It’s too loose,” I whine. I never had much of a rack, and now it’s super obvious. Why did I decide to go strapless again? “I think I must’ve lost some boobage during my diet. What if the top of my dress falls down while I’m walking up the aisle?”

The thought makes the mimosa turn in my stomach. I used to live for what Aaron thought. Whenever I had a choice to make on something, be it a new movie coming out, or a sweater at the mall, or a new hair style, I’d think, Would Aaron like this? But I realize, as she says his name, that it doesn’t matter to me in the slightest what Aaron thinks. The only opinion I care about now is that of the man who will be standing precisely two feet to my husband-to-be’s left.

I am such an idiot.

In less than fifteen minutes, I will be marching down the stone steps outside the Midnight Lodge to a picturesque gazebo at the foot of the hills, on the arm of my father, who has socked his entire life’s savings into making this day picture perfect for his only daughter. I will take the hand of the man I’ve been attached at the hip to for over five years, ever since I met him in a dank frat cellar when I was a wide-eyed little college freshman. I will join with this man—this man I’ve spent all of my adult life with—in holy matrimony, ’til death us do part.

I will become Mrs. Aaron Eberhart.

But I know I’ll be looking past my husband-to-be to the man who, up until twelve hours ago, I’d thought I hated. Miles Foster.

And I will be wondering What if…

When you know, you know.

I did know, or I thought I did. Up until twelve hours ago, I thought Aaron Eberhart was my true soul mate, the one I’d happily spend the rest of my life with. That’s when things took an unexpected turn.

Right now? I don’t even know my own name.

And I have a feeling I might be making a huge mistake.

About Katy Evans
Katy Evans is a New York Times, USA Today, and Wall Street Journal bestselling author. Her debut Real shot to the top of the bestselling lists in 2013 and since then 9 of her titles have been New York Times bestsellers. Her books have been translated into nearly a dozen languages across the world.