Release Blitz: Christmas in the City by Various Authors 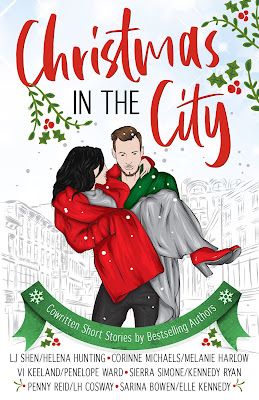 About Christmas in the City
Twelve bestselling authors have come together to brighten your holiday with six ALL-NEW co-written novels. Travel through six cities and fall in love with these enchanting love stories. 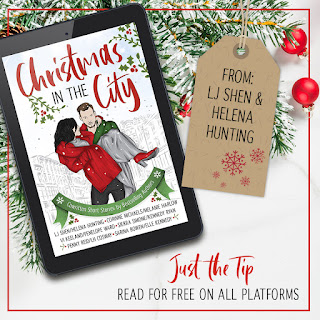 L.J. Shen & Helena Hunting
Just The Tip
It’s not every day you meet a stranger who knows how to jingle your bells… 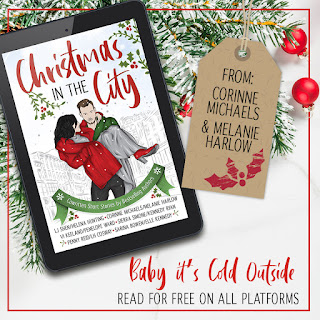 Corinne Michaels & Melanie Harlow
Baby It’s Cold Outside
My Christmas list did not include a broken heart, freezing temperatures, or my tree stuck in the door to my apartment building, but that’s what I got. Just when I thought Santa had failed me, I got something I never thought to ask for… 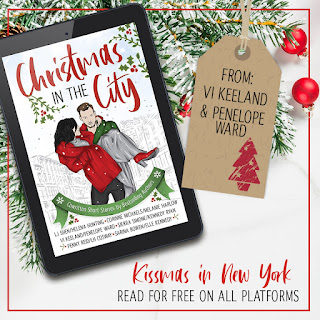 Vi Keeland & Penelope Ward
Kissmas in New York
It was just supposed to be a simple kiss with a stranger.  I'd done it to prove a point--that I hadn't lost my sense of adventure. But you know what they say about the best laid plans. Maybe I'd get something in my stocking after all this holiday season...

Sierra Simone & Kennedy Ryan
The Christmas Crown
Noelani, queen of Manaroa, has one mission on her diplomatic visit to the States: forge strategic alliances for her homeland. When she meets brooding security specialist Brock Grimsby, their unexpected alliance heats up the holiday. One night. No promises, but come Christmas, will either be able to walk away? 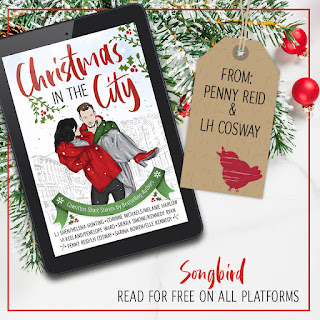 Penny Reid & L.H. Cosway
Songbird
Two lonely souls find companionship in Dublin for one magical night. Broderick Adams doesn't mind his solitude, until she walks in. Ophelia Kelly sings to heal her heart, but has no idea he's listening. 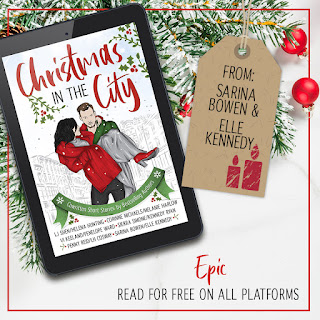 Elle Kennedy & Sarina Bowen
Epic
Jamie and Wes are having a blast living and working in Toronto. Until a scout for another team swoops in to make one of them an offer that might complicate the life they've built together.

Christmas in the City is a holiday gift as a thank you! It is available for a LIMITED TIME!

Read my 4.5-starred review of Christmas in the City.

Add Christmas in the City on Goodreads. 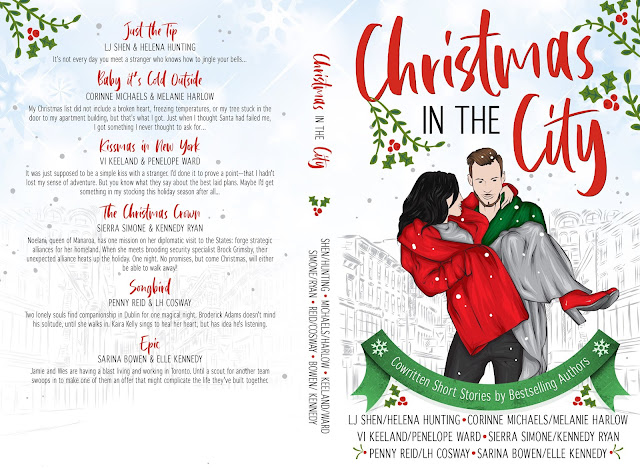 Connect with the Authors 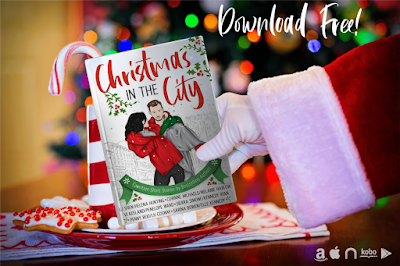