Book Spotlight: Through the Lens by K.K. Allen 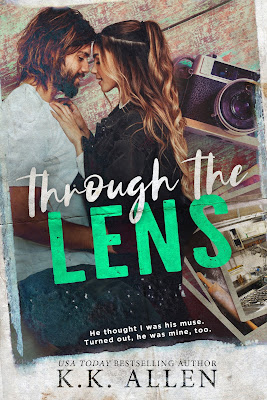 About Through the Lens
“I had become his muse. What he didn’t know was that he had become mine too.”

After spending her entire life in the spotlight and climbing the high fashion ranks as a model in LA, she’s willing to leave it all behind for a fresh start. Moving to Seattle seems like the perfect solution.

All is going according to plan. Until she meets the drop-dead gorgeous cooking instructor who delights in adding to her misery.

Desmond Blake is determined to make a name for his culinary school—one that speaks to his hard work and undeniable passion.

When his food photography hobby garners attention from an unexpected source, his dreams are finally within reach. The obstacle he never sees coming is the sharp-tongued bombshell with a distaste for all he stands for.

When Desmond accidentally captures a photo of Maggie during a moment of weakness, he starts to see there’s more to the fashionista than meets the eye…

Sometimes what can be seen through the lens is a skewed version of reality. A bent perspective. Manufactured, therefore losing all sense of authenticity. And sometimes all it takes is a different angle to see what’s right in front of you. 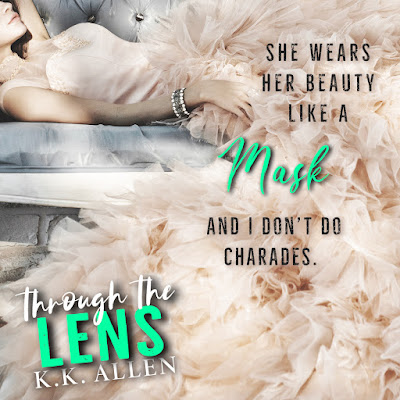 Read my 4.5-starred review of Through the Lens.

Add Through the Lens on Goodreads. 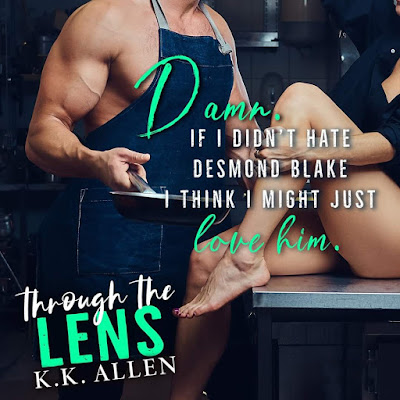 An Excerpt from Through the Lens
Alcohol is definitely not part of my plan for getting Maggie to loosen up today. What I’m not expecting is for Maggie to take it upon herself to down three shots of White Water vodka in just a few minutes.

“Going a little hard there, aren’t you, Mags?”

She shrugs as a giggle slips from her sexy throat. “You’re driving, not me.”

I chuckle. “That’s presumptuous of you. Who said I was driving you home?”

This time, she glares and steps right up until she’s under my nose. “This is a pretty shitty date if you’re not even going to drive me home.”

A laugh bursts straight from my chest. “Who said we’re on a date?”

She tilts her head and practically purrs. “You did offer me your extra ticket to the game, one you would have otherwise used to bribe one of these poor women to go on a date with you—which, by the way, makes me some sort of saint. So yes, this is a date.”

“You going to put out afterwards too?”

Her lips curl up at the corners. “Not a chance in hell.”

That makes me grin. “Then our definitions of date are very different.”

Maggie snorts. “Who are you kidding? We both know you won’t let me find a different ride home after the game.”

When she bats her eyes up at me playfully and knowingly, something catches in my chest. We both know she’s not wrong.

We walk to the stadium with Monica, Chloe, Gavin, and the rest of our friends. Then we detach when we get to the concession stand near where our seats are.

“Want something to eat or drink?” I ask her.

Maggie looks up at the board then tells me she wants a beer but nothing else. I order two hot dogs, two beers, and a pretzel, then we make our way to our row. Monica’s seats are an entire section down and to the right of us.

“Here.” I shove a hot dog in front of Maggie’s nose. “You should eat something.”

She makes a face and pushes the hot dog away. “I can’t eat that. Do you know how many toxins are in that thing?”

I shrug and stuff half of a dog into my mouth, chew, swallow, and take a sip of beer. “Probably just as much as those three White Water shots you took back in the beer garden.”

“Yeah, well, I’m here, aren’t I? Now you and my sister can shut up about the Seattle experience. After today, not another word.”

I grin. “You ain’t seen nothing like it, babe.”

“Why? I thought you were my date.”

She rolls her eyes, causing me to laugh.

“Relax,” I say, setting her foil-wrapped hot dog on the cup holder in front of her. “We’re going to have a good time, I’m going to take you home without molesting you, and then you can sleep off your hangover while dreaming about me all night long.” 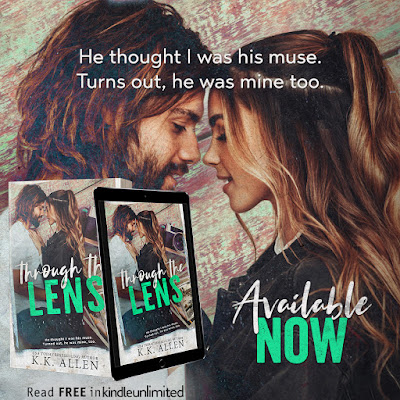 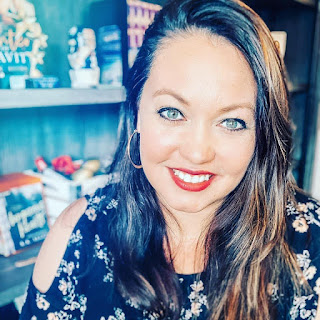 K.K. Allen is a USA Today bestselling and award-winning author and interdisciplinary arts and sciences graduate from the University of Washington who writes heartfelt contemporary romance stories that are as real as they are inspiring. K.K. is a Hawaiian girl who was raised in Seattle, and currently resides in central Florida. She works full time as a digital producer for a leading online educational institution and is the mother to a ridiculously handsome little dude who owns her heart.

K.K.'s publishing journey began in June 2014 with the YA Contemporary Fantasy trilogy, The Summer Solstice. In 2016, K.K. published her first Contemporary Romance, Up in the Treehouse, which went on to win the Romantic Times 2016 Reviewers' Choice Award for Best New Adult Book of the Year. With K.K.'s love for inspirational and coming-of-age stories involving heartfelt narratives and honest emotions, you can be assured to always be surprised by what K.K. releases next.