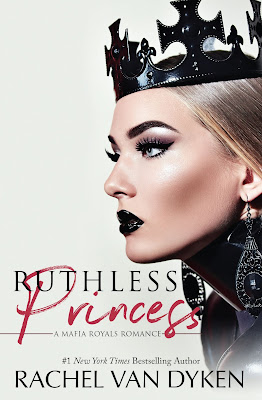 The enemy of my enemy is my friend…

I never thought my father would ask this of me, to become the second generation at Eagle Elite University, to rule with an iron fist, and to take care of anyone who gets in our way.
But ever since the incident.
Ever since Him.
There’s been a war in our little clique.
After all, a house divided cannot stand.
He’s the problem, not me.
He used to kiss me like I was his oxygen.
Now he looks at me like I’m his poison.
But we both drank it, again and again, never believing there would be a day when our love would start a war.
And our friendship would shatter into a million pieces.
Then again, the worst thing you could do in the mafia is hang on to hope that your life will be normal.
The second worst thing?
Fall in love with your best friend.
Enemy.
And heir to the Nicolasi throne. 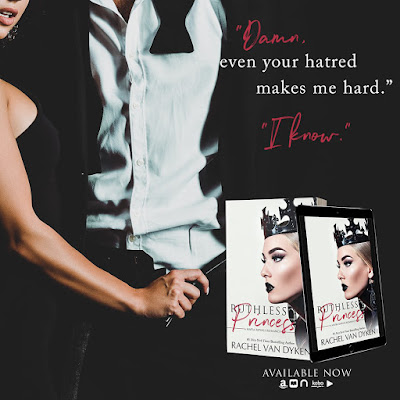 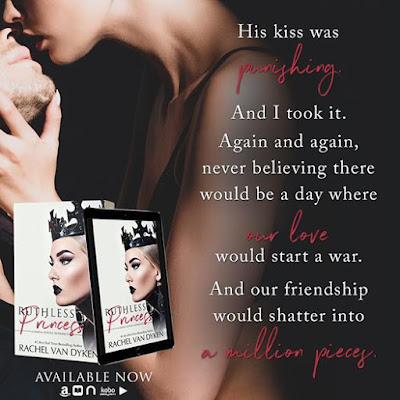 An Excerpt from Ruthless Princess
He licked his lips and repeated what he always did when we had to perform, when we had to do our jobs. “I won’t be gentle with you.”

Our foreheads touched, my chest heaved with exertion like it was hard to breathe when he was so near, but really it was the promise that killed me, a promise that he wouldn’t enjoy touching me ever again, that I was more curse than cure, and yet, I knew it was all we would ever get, these fleeting moments where we did our job too well. “Then make it hurt, baby.” My voice cracked. “Make it hurt.”

His lips parted in a groan as he spun me into his arms and crushed his mouth to mine. It was part pain, part pleasure as he pulled my hair then slid a hand up my shirt like nobody was watching when everyone was.

We broke apart, mouths swollen, my lower lip was bleeding.

A reminder for both of us—this was no cease-fire, this wasn’t real, it was all a carefully constructed show.

“Mmmmm…” I smirked. “Looks like Junior’s not playing around tonight, ladies.”

Screams went up as Junior grabbed my ass and squeezed so hard, I knew I would bruise later. He roughly pulled me against his chest and nipped at my neck.

I told my body it didn’t feel good.

I told my heart we were safe.

And I forced myself to believe the lie every single time we touched.

Because to do otherwise—would destroy me. 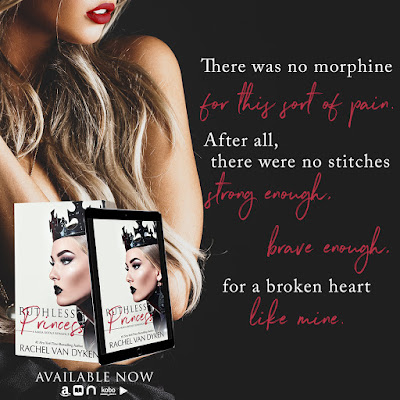 Rachel Van Dyken is the number one New York Times, Wall Street Journal, and USA Today bestselling author of 90 books ranging from contemporary romance to paranormal. With over four million copies sold, she's been featured in more than 15 countries. She was one of the first romance authors to have a Kindle in Motion book through Amazon publishing and continues to strive to be on the cutting edge of the reader experience.

She keeps her home in the Pacific Northwest with her husband, adorable son, naked cat, and two dogs. For more information about her books and upcoming events, visit www.RachelVanDyken.com. 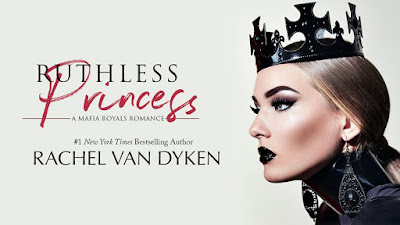