Book Spotlight: This Is How I Lied by Heather Gudenkauf 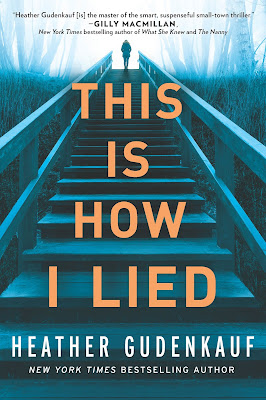 This Is How I Lied
by Heather Gudenkauf
Date Released: May 12, 2020
Park Row Books

About This Is How I Lied
With the eccentricity of Fargo and the intensity of Sadie, This Is How I Lied by Heather Gudenkauf (Park Row Books; May 12, 2020; $17.99) is a timely and gripping thriller about careless violence we can inflict on those we love, and the lengths we will go to make it right, even 25 years later.

Tough as nails and seven months pregnant, Detective Maggie Kennedy-O’Keefe of Grotto PD, is dreading going on desk duty before having the baby her and her husband so badly want. But when new evidence is found in the 25-year-old cold case of her best friend’s murder that requires the work of a desk jockey, Maggie jumps at the opportunity to be the one who finally puts Eve Knox’s case to rest.

Maggie has her work cut out for her. Everyone close to Eve is a suspect. There’s Nola, Eve’s little sister who’s always been a little... off; Nick, Eve’s ex-boyfriend with a vicious temper; a Schwinn riding drifter who blew in and out of Grotto; even Maggie’s husband Sean, who may have known more about Eve’s last day than he’s letting on. As Maggie continues to investigate, the case comes closer and closer to home, forcing her to confront her own demons before she can find justice for Eve. 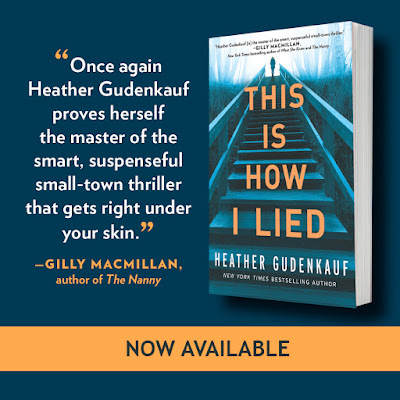 Add This Is How I Lied on Goodreads. 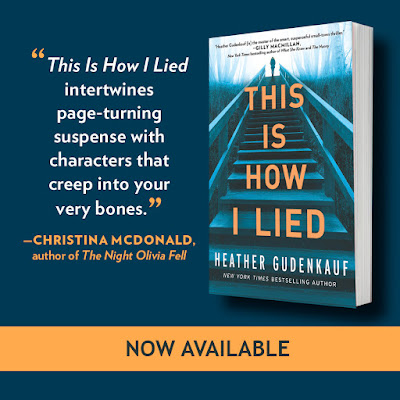 An Ecerpt from This Is How I Lied
Maggie Kennedy-O'Keefe
Monday, June 15, 2020

As I slide out of my unmarked police car my swollen belly briefly gets wedged against the steering wheel. Sucking in my gut does little good but I manage to move the seat back and squeeze past the wheel. I swing my legs out the open door and glance furtively around the parking lot behind the Grotto Police Department to see if anyone is watching.

Almost eight months pregnant with a girl and not at my most graceful. I'm not crazy about the idea of one of my fellow officers seeing me try to pry myself out of this tin can. The coast appears to be clear so I begin the little ritual of rocking back and forth trying to build up enough momentum to launch myself out of the driver's seat.

Once upright, I pause to catch my breath. The morning dew is already sending up steam from the weeds growing out of the cracked concrete. Sweating, I slowly make my way to the rear entrance of the Old Gray Lady, the nickname for the building we're housed in. Built in the early 1900s, the first floor consists of the lobby, the finger printing and intake center, a community room, interview rooms and the jail. The second floor, which once held the old jail is home to the squad room and offices. The dank, dark basement holds a temperamental boiler and the department archives.

I grew up in Grotto, a small river town of about ten thousand that sits among a circuitous cave system known as Grotto Caves State Park, the most extensive in Iowa. Besides being a favorite destination spot for families, hikers and spelunkers, Grotto is known for its high number of family owned farms – a dying breed. My husband Shaun and I are part of that breed – we own an apple orchard and tree farm.

"Pretty soon we're going to have to roll you in," an irritatingly familiar voice calls out from behind me.

I don't bother turning around. "Francis, that wasn't funny the first fifty times you said it and it still isn't," I say as I scan my key card to let us in.

Behind me, Pete Francis, rookie officer and all-around caveman grabs the door handle and in a rare show of chivalry opens it so I can step through. "You know I'm just joking," Francis says giving me the grin that all the young ladies in Grotto seem to find irresistible but just gives me another reason to roll my eyes.

"With the wrong person, those kinds of jokes will land you in sensitivity training," I remind him.

"Yeah, but you're not the wrong person, right?" he says seriously, "You're cool with it?"

I wave to Peg behind the reception desk and stop at the elevator and punch the number two button. The police department only has two levels but I'm in no mood to climb up even one flight of stairs today. "Do I look like I'm okay with it?" I ask him.

Francis scans me up and down. He takes in my brown hair pulled back in a low bun, wayward curls springing out from all directions, my eyes red from lack of sleep, my untucked shirt, the fabric stretched tight against my round stomach, my sturdy shoes that I think are tied, but I can't know for sure because I can't see over my boulder-sized belly.

"Sorry," he says appropriately contrite and wisely decides to take the stairs rather than ride the elevator with me.
"You’re forgiven," I call after him.  As I step on the elevator to head up to my desk, I check my watch. My appointment with the chief is at eight and though he didn't tell me what the exact reason is for this meeting I think I can make a pretty good guess.

It can't be dictated as to when I have to go on light duty, seven months into my pregnancy, but it's probably time. I'm guessing that Chief Digby wants to talk with me about when I want to begin desk duty or take my maternity leave. I get it.

It's time I start to take it easy. I’ve either been the daughter of a cop or a cop my entire life but I’m more than ready to set it aside for a while and give my attention, twenty-four-seven to the little being inhabiting my uterus.

Shaun and I have been trying for a baby for a long, long time. And thousands of dollars and dozens of procedures later, when we finally found out we were pregnant, Shaun started calling her peanut because the only thing I could eat for the first nine weeks without throwing up was peanut butter sandwiches. The name stuck.

This baby is what we want more than anything in the world but I'd be lying if I didn't admit that I'm a little bit scared. I’m used to toting around a sidearm not an infant.

The elevator door opens to a dark paneled hallway lined with ten by sixteen framed photos of all the men who served as police chief of Grotto over the years. I pass by eleven photos before I reach the portrait of my father. Henry William Kennedy, 1995 - 2019, the plaque reads.

While the other chiefs stare out from behind the glass with serious expressions, my dad smiles showing his straight, white teeth. He was so proud when he was named chief of police. We were all proud, except maybe my older brother, Colin. God knows what Colin thought of it. As a teenager he was pretty self-absorbed, but I guess I was too, especially after my best friend died. I went off the rails for a while but here I am now. A Grotto PD detective, following in my dad’s footsteps. I think he’s proud of me too. At least when he remembers.

Last time I brought my dad back here to visit, we walked down this long corridor and paused at his photo. For a minute I thought he might make a joke, say something like, Hey, who's that good looking guy? But he didn't say anything. Finding the right words is hard for him now. Occasionally, his frustration bubbles over and he yells and sometimes even throws things which is hard to watch. My father has always been a very gentle man.

The next portrait in line is our current police chief, Les Digby. No smile on his tough guy mug. He was hired a month ago, taking over for Dexter Stroope who acted as the interim chief after my dad retired. Les is about ten years older than I am, recently widowed with two teenage sons. He previously worked for the Ransom Sheriff’s Office and I'm trying to decide if I like him. Jury's still out. 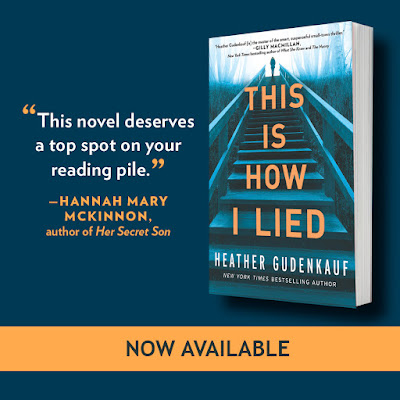 Heather Gudenkauf is the New York Times and USA Today bestselling author of many books, including The Weight of Silence and These Things Hidden.

Heather graduated from the University of Iowa with a degree in elementary education, has spent her career working with students of all ages. She lives in Iowa with her husband, three children, and a very spoiled German Shorthaired Pointer named Lolo. In her free time, Heather enjoys spending time with her family, reading, hiking, and running.