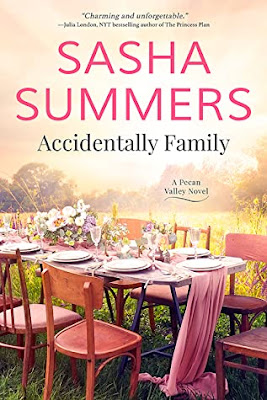 Life for Felicity, and her teen children, is finally back on track. After her divorce, she wasn’t sure if her sweet family would ever be the same. But things are good––right up until her ex’s spirited toddler lands on Felicity’s doorstep. If the universe is going to throw lemons at her, thank God she has her best friend, Graham, to help her make lemonade out of them. How did she never notice how kind and sexy he is?

Graham is still recovering from his wife’s death years ago and trying to help his teen daughter get her life together. Who is he kidding? His daughter hates him. Forget lemons––he’s got the entire lemon tree. So when Felicity suggests they join forces and help each other, he’s all in. And suddenly he can’t stop thinking about her as more than just a friend. Too bad their timing couldn’t be worse…

Because life rarely goes as planned. Luckily there are many different kinds of family to hold you together and lift you up...plus maybe even a little love between friends.

“… Readers will find it easy to root for their mutual care to blossom into love,
but the pair’s children have a tougher time adjusting to their new relationship,
providing some thorny obstacles for the budding couple.
Graham and Felicity are great parents and they make great partners,
and Summers does a good job of grounding all the drama of their lives in sweetness.
Readers will be pleased.”

An Excerpt from Accidentally Family
Her sister was the strongest person on the planet, but she had to be running on fumes. Not that Felicity would say so, or confide, or lean—she was way too into the big-sister protector thing. Still, Matt had been dead five days. In those five days, her sister had been saddled with his funeral arrangements, keeping her kids’ spirits up, and the whole “when will the ex’s illegitimate love child and destroyer of her niece and nephew’s happy family wake up from his coma?” thing.

Charity felt for the baby, she did. But her loyalties were here, to Nick and Honor, and Felicity, too.

She grabbed a bag of sour-cream-and-onion chips and added it to her pile of snacks, then backed out of the kitchen. “Who’s hungry?” she asked, flopping onto the couch beside Honor.

Honor was watching the bloody melee on the television, a growing look of disgust on her face. “This is horrible. I keep jumping.”

Nick chuckled. “You should try it. Definitely calms the nerves.”

Charity snorted. She was pretty sure trying to shoot a zombie before it bit into you wasn’t relaxing. At least not her idea of relaxing.

“Right?” Diana added. “Dad took my game away because of the whole pot thing. It sucks, big time. Which is why I have lots of sleepovers.”

Charity didn’t say a word. She wasn’t sure how to read Diana yet. Was she really messed up? Or was she acting messed up for attention?

Diana nodded, taking a licorice lace from Nick. “It’s no big deal. It was one joint. One. The school totally flipped out and expelled me.”

“You were expelled?” Nick looked skeptical.

“Why else do you think I’m going to your school next year?” Diana rolled her eyes. “Dad can’t buy my way back into any of the private schools. Why he thinks I’m better off at a private school versus a public school is beyond me. Where does he think I bought the pot to begin with?”

So, the real deal then. Not that she was going to judge the girl. She couldn’t imagine how hard it would be to lose a parent. There had been plenty of times during her school years when she’d wished her parents would leave her alone—disappear even. But death? Permanently losing one? She couldn’t imagine that.

Was this one of those times she should act like an adult or not? Felicity would probably pop off some after-school-special message that would instantly and forever change Diana’s outlook on life into some happy rainbow-and-cupcakes-kitten thing. But Charity didn’t know how to do that. She didn’t know how to be a mom. The kid in her belly was getting a raw deal. She needed to start taking notes on Felicity’s parenting style. 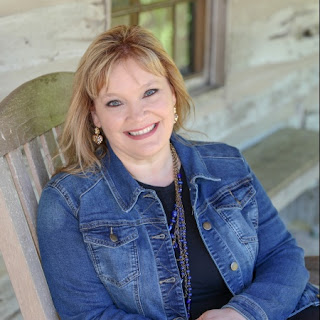 Sasha Summers grew up surrounded by books. Her passions have always been storytelling, romance and travel—passions she uses when writing. Now a best-selling and award winning-author, Sasha continues to fall a little in love with each hero she writes. From easy-on-the-eyes cowboy, sexy alpha-male werewolves, to heroes of truly mythic proportions, she believes that everyone should have their happy ending—in fiction and real life.

Sasha lives in the suburbs of the Texas Hill country with her amazing and supportive family and her beloved grumpy cat, Gerard, The Feline Overlord. She looks forward to hearing from fans and hopes you'll visit her online.