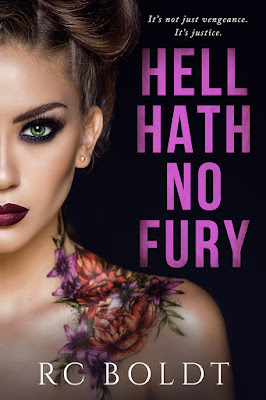 About Hell Hath No Fury
Seven years ago, they took everything from me. My father. My husband. My child.

When they stole my chance at justice, I vowed to get revenge.

He tempts that long-lost part of me, but his presence is a reminder that betrayal lurks around every corner.

Their biggest mistake is underestimating my commitment for vengeance.

They don’t realize that when it comes to a woman like me, hell hath no fury. 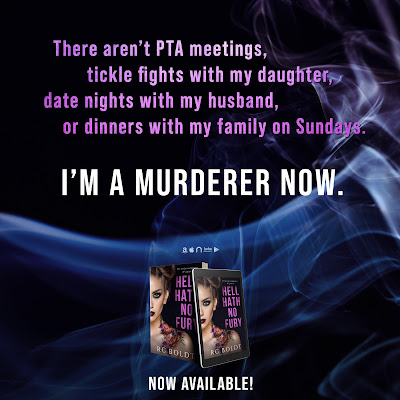 Read my 4.5-starred review of Hell Hath No Fury. 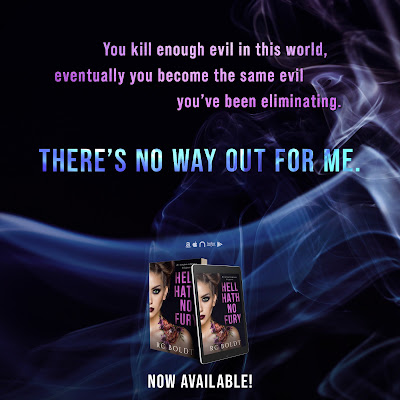 An Excerpt from Hell Hath No Fury
Death.

This isn’t a tale for the tender-hearted, the judgmental, or those who refuse to think outside the box and look at the broader picture. Those who think that everything is black and white. Simple. Cut and dried.

It’s easier to say “I’d never” when you’re sitting safely at home with the people you love most right by your side. When grief hasn’t woven itself so deeply in the fabric of your DNA that it can never be unraveled. There can be no separation. And even if you tried, it would only result in you becoming a frayed and tangled mess.

It’s easy to say you’d never walk the treacherous moral tightrope. But you aren’t the one who plummeted to the depths of hell, littered with the agony of loss and the anger of injustice, and had to claw your way out.

This story is about a woman who had everything taken from her.

And how she took it all back. 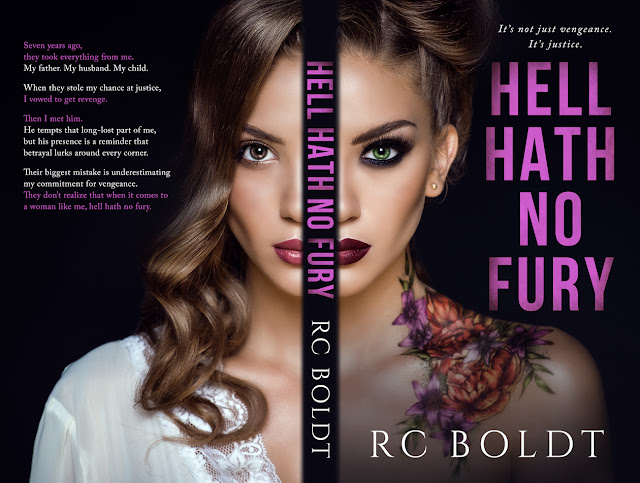 About RC Boldt
RC Boldt enjoys long walks on the beach, running, reading, people watching, and singing karaoke. If you're in the mood for some killer homemade mojitos, can't recall the lyrics to a particular 80s song, or just need to hang around a nonconformist who will do almost anything for a laugh, she's your girl.