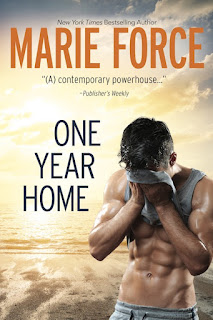 She can't be my ray of light. Someone else may be again someday, but it can't be her, no matter how pretty I think she is, no matter how reassuring her presence is to me, or how much I enjoy her company.

That's the story of my life lately. It's like I'm not allowed to want anything more tan to survive another day.


What happens when your sole reason for living walks away from you? That is what Captain John West contends with after five years of being gone, without any possibility of getting in touch with the woman he loved. The thirty-seven-year-old is hailed as a hero for leading his SEAL Team in taking down a terrorist who had already taken countless lives, losing two of his closest friends and fellow SEALs along with part of his leg in the process. Now, the woman he thought he was coming home to is wearing another man's ring on her finger, and Ava Lucas is someone else's wife. But life goes on for John, whether he likes it or not, and part of his new normal right now is the influx of requests for interviews and appearances. This is where Julianne Tilden comes in, a publicist highly recommended by none other than his ex-girlfriend. The clincher? His very qualified and very beautiful publicist, who prefers to be called Jules, is Eric Tilden's twenty-nine-year-old youngest sister--the same Eric Tilden who is now married to John's Ava. Both John and Jules are prepared to dislike one another; neither is prepared for what happens instead.

This book was...EVERYTHING! When I had finished reading Five Years Gone in October of last year, my heart felt like it had gone through a gauntlet of emotions, happy that Ava had found love with Eric but totally gutted for John. I did, however, have high hopes for our heartbroken Navy hero because Marie Force had already mentioned that he was getting his own book. And here we are, ten months later and with expectations galore, and Force simply blew me away with John's story. One Year Home takes place a short period of time after the end of Five Years Gone. Ava's on her honeymoon with Eric, and John meets Jules and the tension between them? Most definitely not sexual. Maybe. Okay, no, it wasn't the delicious sort of sexual tension because these two absolutely did not have the best first impression or had already formed a presumptive impression--Jules more of the former and John the latter. However, that doesn't mean there wasn't any sexual tension between that was a clear and present thing, and I was actually glad that it wasn't something too prominent when they initially meet that it becomes distracting.

I already knew how gifted an author Marie Force was as evidenced by her Fatal series, which is one of my all-time favorites in the romantic suspense genre, and of course, Five Years Gone, which was one of my top reads for last year. So, I wasn't surprised by how fantastic a read One Year Home was, but I was taken aback by just how much this author can surpass herself with every new title of hers that I read. Told from four points of view, this new novel was a rarity because I honestly liked the entire cast of characters and absolutely adored John and Jules. No, there are no perfect people in this book; each one is flawed albeit in varying degrees, but I couldn't fault any of them because their actions and reactions--uttered and otherwise--remind me that they're human. Was John and Jules's romance complicated? Yes, it was, but it wasn't simply a romance going on because with each development, their relationship evolved into an honest-to-goodness love story, and that's where Force excels as an author. She gives readers tales where her characters don't simply get a happily-ever-after; they fight for it and live it. Five-plus stars. ♥