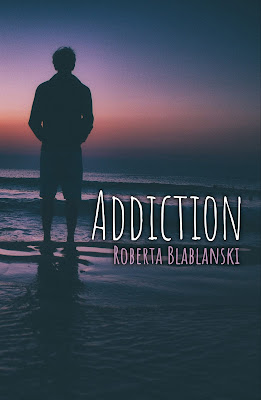 About Addiction
Addiction can destroy your life. But if you destroy addiction, can you get your life back?

At twenty-eight, Owen Fredrikson is homeless, unemployed, and grappling with drug addiction. Before he let drugs take over his life, he had a pretty sweet job working the front desk of a fancy hotel, his boss was his best friend, and he had a loving fiancé.

When tragedy befalls Owen and Dex is called to his side, Owen has some tough decisions to make. Both men must determine how far they are willing to go to rebuild the life they once shared.

Can Owen conquer his addiction while facing his demons? And can Dex open his heart and trust Owen again?

Content Warnings:
Depictions of drug addiction, drug use and abuse, and drug withdrawal
Scenes of violence 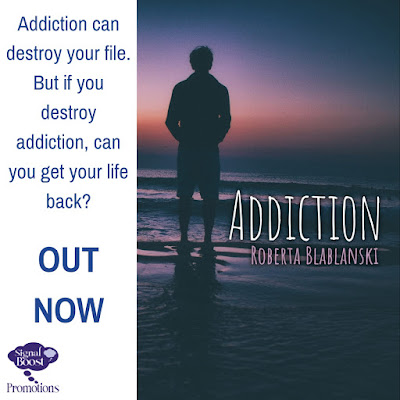 About Roberta Blablanski
Roberta Blablanski hails from The Big Easy: New Orleans, Louisiana. She draws inspiration from her colorful hometown and her former life as a college radio DJ. When she isn’t writing, she spends her days searching for the world’s best Bloody Mary and avoiding people she went to high school with. Her normal habitat is curled up in bed with a good book and a cup of coffee.

Roberta developed a love of books at an early age, spending her summers at the library. Years later, after watching the American version of the television show Queer as Folk, she began searching for books featuring queer characters finding love. Most recently, she began writing queer love stories of her own, drawing from her own personal experiences and creating characters and story lines as vibrant as her ever-changing hair color.