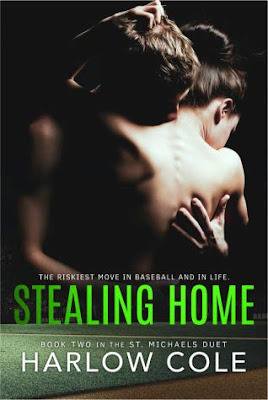 About Stealing Home
Ashley
I’ve given up. On my childish dreams.
On getting out of this town. On love. On him.
On everything.

Brayden
I’m the man with it all.

The pinstriped jersey covering my back garners easy cash, flashy cars and fast women. My gilded name drapes over the city in neon. I have everything. Everything, except the thing I crave most. Ashley Foster.

There’s one addiction I never tried to beat.

They say you can never go home again. I’m out to prove them wrong. But what if returning requires facing all the things you destroyed? To what lengths would you go to earn forgiveness?

Stealing home is the riskiest move in baseball. But the reward... If it works? Winning her back is a chance I’m finally ready to take.

My pockets are filled with stars.
It’s time to follow them home.

This time, I don’t want to steal her firsts,
I want to lay claim on all her lasts. 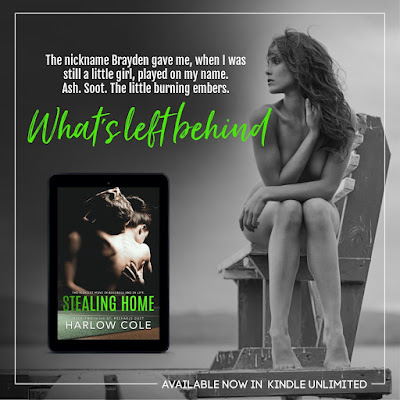 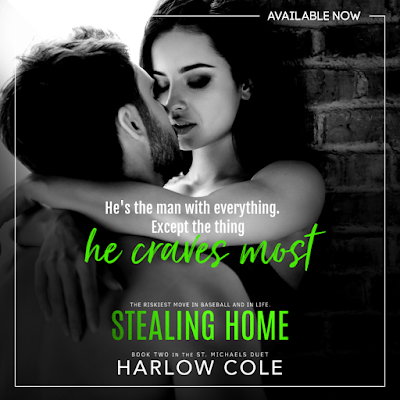 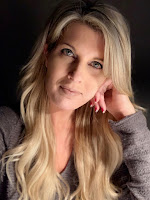 Harlow Cole is a former journalism student, turned techie, turned mother, who finally decided at age forty-plus what she wants to be if she ever she grows up. Her writing journey first began in sixth grade, when she and her best friend penned boy band fanfiction in an old spiral notebook. Harlow is a connoisseur of peanut M&Ms, brand-new school supplies and angst-filled love stories that always end happy. At fifteen, she met her first love. They’ve now been married for twenty years. They reside in suburban Washington, DC, where Harlow moonlights as a taxi driver for their farting beagle and teenage twins. Interference and Stealing Home are her debut novels.