Book Spotlight: Nothing But This by Natasha Anders 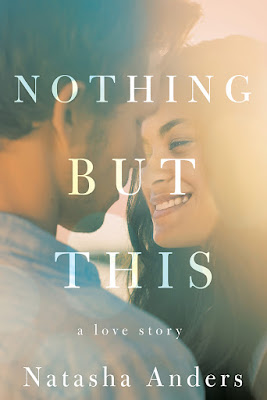 Nothing But This
(Broken Pieces #2)
by Natasha Anders
Date Released: July 30, 2019
Montlake Romance

About Nothing But This
It’s always been complicated between Libby Lawson and Greyson Chapman—and married life isn’t any simpler. But when Libby gets pregnant, she at last sees a bright future ahead. There’s just one problem: Greyson says he’s sterile.

Furious, Greyson abandons the young family. Equally furious and deeply hurt, Libby cuts all ties with him. After all these years, it seems their relationship has finally expired. But love is resilient and endures even when you don’t want it to. Greyson still longs for Libby, and though Libby’s heartbroken by Greyson’s lack of trust, she holds out hope for a complete, happy family.

And so they embark on the journey back to each other, wary of all the obstacles between them. It’s been a long road already—one strewed with fear, doubt, and misunderstandings. Will they keep looking to the past, or will they look to each other and walk hand in hand toward a broad new horizon?

Add Nothing But This on Goodreads.

An Excerpt from Nothing But This
“We need to talk.”

“I have absolutely nothing to say to you.”

There was a long pause as he continued to grimace in her general direction, his eyes slits to protect himself from the light.

“I have money and resources. I’ve known where you are for months . . .” He hesitated before continuing, “For four months, to be exact.”

“Well, then why are you here?”

“Can we discuss this inside?”

He compressed his lips in that way he had when he was trying to refrain from speaking his mind. An expression with which she was much too familiar. It used to bother her back when she cared about what he was thinking. He opened his mouth as if to say something, then changed his mind and swallowed back the words.

Oh, wasn’t he just the model of restraint tonight? Well, Libby had no such reservations and felt a sense of complete liberation when she unleashed the torrent of resentment and fury that had been roiling away just beneath the surface for much longer than the four months since she’d left him. A lot of her anger had been tamped down during her pregnancy, when he hadn’t offered a single word or gesture of support. The excuses she had made on his behalf . . . she was disgusted with herself for not speaking up sooner. But now he was here, in the flesh, and she could finally let him have it. With both barrels.

“Yes, I know. Thought you were infertile, right? And I’m supposed to—what? Feel sorry for you? Understand your cruelty? Forgive your cruelty? Am I to take it that you’ve had that paternity test done? You know she’s yours, am I right? Is that why you’re here? Because let me tell you, mister, you have no moral right to my child—I will not allow you access to her just because you now believe you’re her father.”

“I haven’t had any paternity tests done.”

That made her pause, but not for long.

“I don’t care,” she decided. “I don’t care. Go away. Back to your diamond-encrusted ivory tower. Leave us alone. We don’t need you.”

A Message from Natasha Anders
A Marriage Destroyed
Hi there, my name is Natasha Anders and I’m excited to talk to you about the second book in my Broken Pieces series, Nothing But This.

My long-time readers will know that I’m a fan of second chance romances and absolutely love a good marriage in trouble trope. The story of Greyson and Libby falls firmly within the latter category.

It’s not easy to write a marriage in crisis novel. By the time we’re introduced to the characters, they already have a relationship history behind them that readers have yet to discover. We enter this particular story at the lowest point of their relationship. The birth of a child should be a happy occasion but something is clearly wrong here; Libby’s husband isn’t there and she believes he hates her and her baby. And when Greyson eventually makes his way onto the page, her belief is confirmed.

No marriage can survive the things Greyson says at the beginning of this book and finding a way back from that low point is nearly impossible. I know that my readers are going to loathe him at the start. My heroine despises him and his own family is angry with him. I have to find a way to redeem him that will make everybody happy. And, harder still, I have to find a way to make the readers forgive him and, ideally, start to root for him.

It’s a challenge that I absolutely adore. I love hearing from readers who have that “wait a second, when did I stop hating him?” moment. I want his redemption arc to be so seamless that readers can’t pinpoint exactly when they started forgiving him. This is easier said than done and Greyson needs to do a lot of groveling and apologizing to even get a foot in the door. I like to look at what he’s doing and saying and put myself in the heroine’s and the reader’s position. Is this enough? Have I forgiven him yet? Even if the answer is yes, I try to push it just a little further because “enough” is never good enough and there will always be someone out there who wants him to suffer just that tiny bit more. It sounds sadistic, but I do like to put my characters (male and female) through the wringer. They need to earn that happy ending.

But the story needs to be balanced and while my hero is terribly flawed and at times insecure and vulnerable, his heroine needs to show a similar amount of character growth and self-recognition. She needs to find an inner strength and confidence that she lacks at the start of the novel. Striking the exact right balance and making their journey toward redemption and a satisfactory and well-earned happily ever after is what makes writing a second chance romance so hard.

One of the things I hope readers take away from this book is that a situation isn’t always as cut and dried as it seems on the surface. Greyson comes across as one hundred percent villain at the start of this book. But he’s insecure and incredibly lonely. This story is about a man breaking out of his self-imposed isolation and finding a place, not only in his wife’s heart and life, but also within a welcoming and accepting society. It is also the story of a woman learning to embrace and accept the flaws within herself and others.

I loved writing this book. I started with only one scene constantly playing out in my head; the hospital scene where Greyson unequivocally rejects his wife and his child. That’s all I had at the beginning and building this story around that one moment, was often frustrating but at the same time so incredibly satisfying. I loved discovering Libby and Greyson’s strengths and weaknesses and often found that some of those weaknesses echoed my own. It was a vulnerable space within which to find myself but it was also a rewarding step on my personal journey toward self-realization and recognition.

Thank you so much for taking the time to step into my not always sane mind. I do hope you enjoy reading Nothing But This as much as I loved writing it. 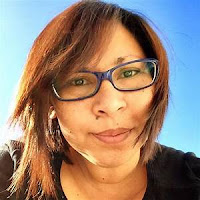