Audiobook Review: Embrace the Fire by Felice Stevens, narrated by Kale Williams (Through Hell & Back #3) 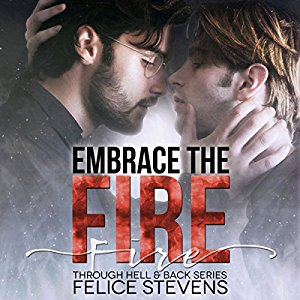 They stood for a moment, looking at one another, then grabbed each other tight, holding on, rocking back and forth. The feel of his brothers’ arms around him and the warmth of their bodies wasn’t a dream any longer. It was real; it was forever. They were home at last.

Twenty-five-year-old Randy Gilbert loves his job as an elementary school teacher. Working with kids is a privilege for him, so when one of his co-teachers suggests that he become a volunteer for a mentoring program at a local youth center, Randy knows it would be difficult but rewarding. He meets thirty-nine-year-old Sebastian Weber, one of the psychiatrists working at the center. There's a spark between the two of them that neither one of them can easily ignore, but Tash knows all too well how difficult a May-December affair can turn out to be. He's got the pieces of his broken heart to prove it. But what Tash feels for Randy is far from temporary. Maybe they could build something with substance...something that'll last for the rest of their lifetimes. But Randy's hiding a secret, one that's guaranteed to change more than his or Tash's life. You see, Randy is none other than Brandon Kane, Asher Davis and Lucas Conover's foster brother--the very same one that they've been searching for ever since they all went their separate ways. How will Brandon and Tash deal with flames of the past that threaten to burn everyone?

I know I already said this in my reviews for the first two audiobooks in the Through Hell & Back series, A Walk Through Fire and After the Fire, respectively, but there's just something about Felice Stevens and Kale Williams combining their talents that's made for such a fantastic audiobook listening experience. With the third and final audiobook in the series, I confess that my expectations were even higher than with its predecessors. This was due, in large part, to the fact that this happened to be my favorite read in the series. And oh my goodness, how Steven's writing and Williams's narration combined for one of the best audiobooks I've ever had the privilege of listening to. This was the story that brought everything concerning the three foster brothers--Asher, Lucas, and Brandon--full circle. See, this is also why I encourage readers and listeners to read and listen to the series in order. I felt that I had a far greater appreciation for everything these three went through as brothers who were torn apart by their circumstances, then as men who found their places in the world along with the men with whom they would spend the rest of their lives with. I found myself tearing up as Stevens's words and Williams's voice told me not just Brandon and Tash's love story, but those of the couples that came before them. I highly recommend you listen to Embrace the Fire, and of course, A Walk Through Fire and After the Fire before it! I'm giving this one five-plus stars. ♥

Read my reviews for the Through Hell & Back audiobook series: 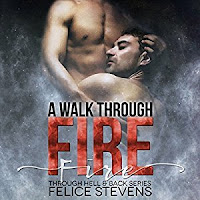 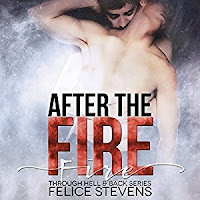 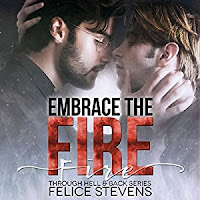 A Walk Through Fire (audiobook one) - four stars - My Review