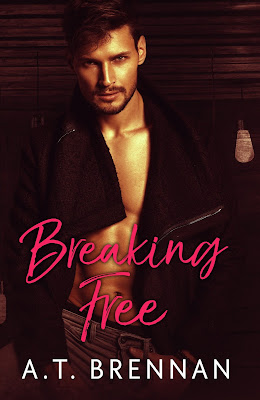 About Breaking Free
“I would never forgive myself if something happened to another man I cared about because I’d been careless and given in to temptation.” —Zander

The last thing I was looking for was a relationship, then I laid eyes on a dancer at a nightclub and my entire world was flipped upside down. Kai is everything I’ve ever wanted, but shouldn’t have. I’m haunted by a past I can’t seem to break free from, and I’m not sure I can be the man Kai deserves. He makes me want to try, but I worry that I’m broken beyond repair.

“There was already a big enough stigma attached to being a go-go dancer, but add being a webcam model to the mix and people tended to assume things about me.” —Kai

School, dance, cam, repeat. My life was on a constant loop as I struggled to keep my head above water. After seeing Zander in the crowd while I was dancing, I knew I had to meet the handsome stranger who took my breath away. I don’t know if I’m the right man to help set him free from his pain, but I’m going to do everything I can to try and help him see that the past doesn’t have to define his future.

This is book 3 of the Den Boys series, but can be read as a standalone. No cheating, no cliffhangers, and trigger warnings are listed in the book before the table of contents. 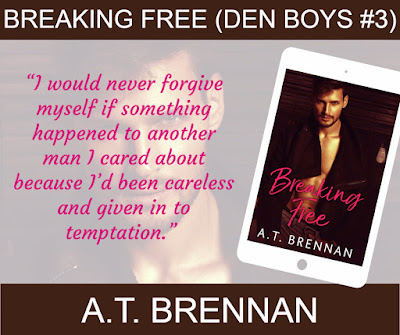