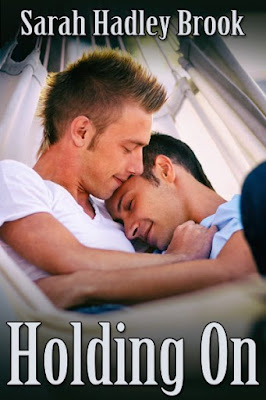 About Holding On
Eighteen-year-old Aaron Pickard is dealing with a lot: he’s falling for his straight best friend, his mother has ended up in the hospital after a violent assault by his father, and he’s trying to decide when to come out. Tack on the stress of an upcoming prom and graduation, a part-time job, and the possibility he could lose his best friend, and he’s an emotional wreck.

Aaron’s best friend Jeff Leaton provides a soft place for him to fall when his life is thrown into chaos, literally holding him each night as they fall asleep. As Jeff helps Aaron navigate through the mess that has become his new normal, Aaron’s feelings for Jeff intensify.

Aaron’s pretty sure it’s all going to end badly, but he’s holding on to hope.

Read my four-starred review of Holding On. 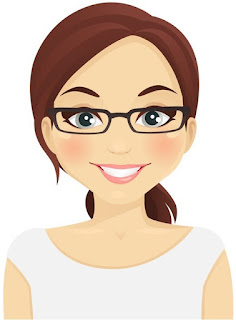 Sarah Hadley Brook lives smack-dab in the middle of the Heartland and is the mother of two wonderful young men, as well as two cats. During the day, she works in the nonprofit world, but reserves evenings for her hobby-turned-passion of writing, letting the characters she conjures in her mind take the lead and show her where the story will go.

When not working or writing, she can be found reading, working on dollhouses, trying her hand at new recipes, or watching old movies and musicals. In her ideal world, Christmas would come at least twice a year, Rock Hudson and Doris Day would have co-starred in more than three movies, and chocolate would be a daily necessity. She dreams of traveling to Scotland some day and visiting the places her ancestors lived. Sarah believes in “Happily Ever After” and strives to ensure her characters find their own happiness in love and life.