Release Blitz: Yours for the Holiday by DJ Jamison 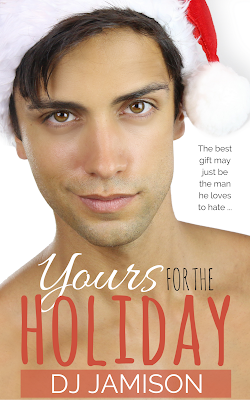 Yours for the Holiday
by DJ Jamison
Release Date: November 20, 2017

About Yours for the Holiday
Fresh off a break-up, Remy is in no mood to share a room with his brother's best friend during a holiday stay at home. Jason Hendricks has always treated him like a little brother to tease and taunt, all the more embarrassing because Remy has secretly crushed on the jerk since puberty. But when Jason confides he's bisexual, Remy realizes the crush he loves to hate could be the perfect rebound.

Jason has always found Remy appealing. He didn't handle his attraction well when he was younger, but now Remy's a grown man and Jason's no longer afraid of his feelings. Some playful flirtation sounds like a great way to spend Thanksgiving break, but he's not prepared for Remy's newfound sex appeal or his decision to make Jason his rebound fling. Jason doesn't want to risk fallout with a family that's always been there for him, but he's not sure he can resist.

When the two part ways, they don't plan to stay in touch, but soon they're texting, trading sexy pictures and helping each other cope with family drama. Remy agrees to be his for the holiday, continuing their secret fling over Christmas, but Jason knows that won't be enough. He'll have to find the courage to be open and honest with his best friend—and the whole Wells family—if he wants a chance at love in the new year.

This approximately 50,000-word novel is a brother's best friend, enemies-to-lovers romance that comes with a satisfying HEA!

Read my 4.5-starred review of Yours for the Holiday.

Add Yours for the Holiday on Goodreads. 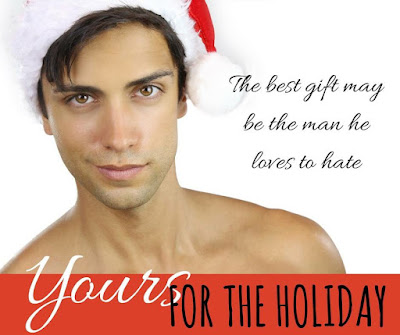 An Excerpt from Yours for the Holiday
“Hey,” Jason said quietly. The bed dipped as he sat down on the edge of the mattress. “You okay?”

“Oh, so you’re done avoiding me?” Remy said, hating the bitter edge to his words. He swallowed hard, trying to gain control over his emotions, so he didn’t make a fool of himself yet again.

Remy pushed up, struggling into a seated position against the headboard. If they were going to have this talk, he wanted to look Jason in the eye.

Swallowing hard, Remy forced out words that had been nagging at him all day. “I’m sorry too. I got carried away. I didn’t mean to pressure you—”

Jason’s hand hovered in the air. Remy watched Jason hesitate before resting his big palm over Remy’s thigh. The blankets formed a barrier between them, but the point of contact burned as if he could feel the warmth spilling from Jason’s hand.

“I, uh, find you very sexy,” Jason said, voice tinged with embarrassment. It would be charming if it weren’t for the heavy topic of conversation. “But I need the Wells family. I don’t talk about my parents much, but—”

“I know it’s not great,” Remy said. “Dad filled me in on what happened last summer with your mom.”

“Yeah,” Jason said. “So, basically, I’m terrified of fucking everything up. If I go there with you, I might hurt you. And if your parents or Derek find out, I’m not sure what they’d do. It’s just … messy.”

“It doesn’t have to be,” Remy said. “It’s just some fun. No strings needed. And as for going there with me, don’t you think the cat’s already out of the bag? You’ve had your hand on my dick.”

Jason glanced at Remy’s crotch, unable to resist teasing him. “Cat’s out of the bag? And here I thought pussy only referred to—”

Remy slapped his hand over Jason’s mouth. “Don’t say it!”

Jason chuckled, his warm breath gusting over Remy’s palm. Remy shivered as their eyes locked and held. When the wet tip of Jason’s tongue licked a stripe over his hand, he couldn’t hold back a small moan.

“Fuck you, JJ,” he muttered, pulling his hand back. “If you’re going to say no, don’t fucking tease me.”

“I’m not saying no,” Jason said roughly. “I probably should, but I can’t say no to you again. Not one more fucking time.” 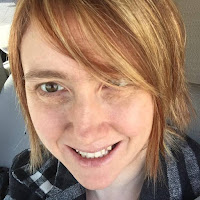 DJ Jamison grew up in the Midwest and worked in newsrooms for more than 10 years, which came in handy when she began writing stories centered on a series of love connections between small-town Kansas newspaper staffers, their sources and their readers. It was the perfect entrance into the world of fiction, and she has since branched out into ERs, health clinics and other settings to tell the stories of characters who are flawed but lovable. She writes a variety of queer characters, from gay to bisexual to asexual, with a focus on telling love stories that are more about common ground than lust at first sight. DJ is married with two sons and two glow-in-the-dark fish that are miraculously still alive.